Comments - Dramatic image of a confrontation at sea as a ship begins to sink. The samurai in the center raises his sword above his head as he faces the boatman at left, who throws out one hand in alarm. At right, another boatman clings to the edge of the boat with one hand, gripping a thick black rope in the other. A lively scene with large expressive figures, vibrant color, and burnishing on the black court cap and ropes and metallic pigment that has oxidized to a dark tone on the armor and the dots on the red shirt at right. 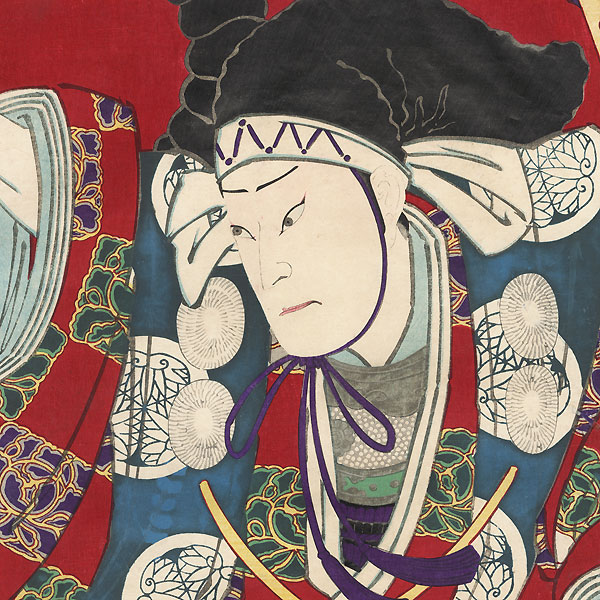 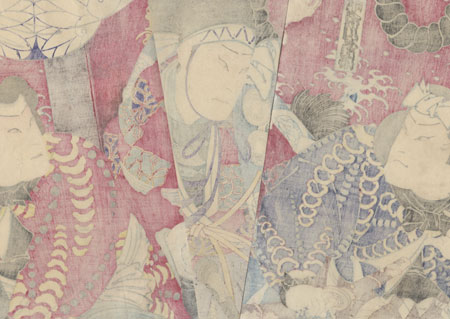