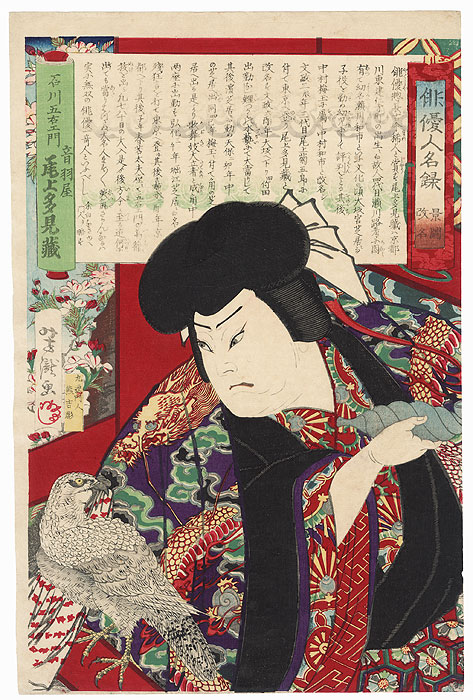 Onoe Tamezo as Ishikawa Goemon - Great kabuki portrait of Onoe Tamezo and the robber Ishikawa Goemon looking over his shoulder with a distraught expression. The hawk at lower left has just delivered to him a white cloth bearing a last message written in blood to Goemon from his real father, who was forced to commit suicide, and whom Goemon never knew. He wears a magnificent purple kimono patterned with a dragon over a furry black robe and red print under robe, a large pipe in his hand. Beautifully detailed with burnishing on the black kimono. 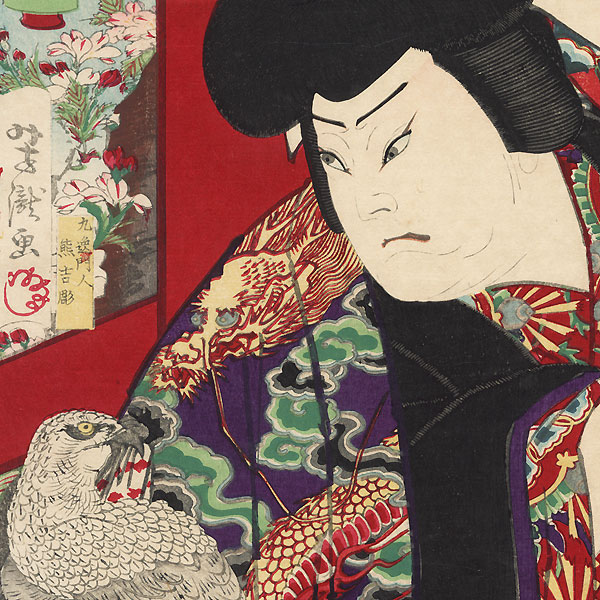 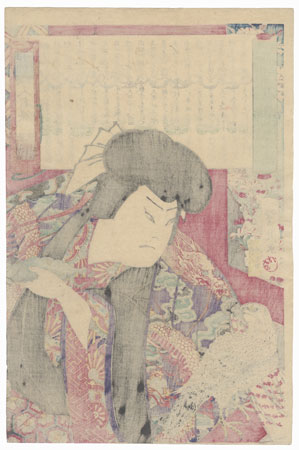