Rogue in a Phoenix Kimono 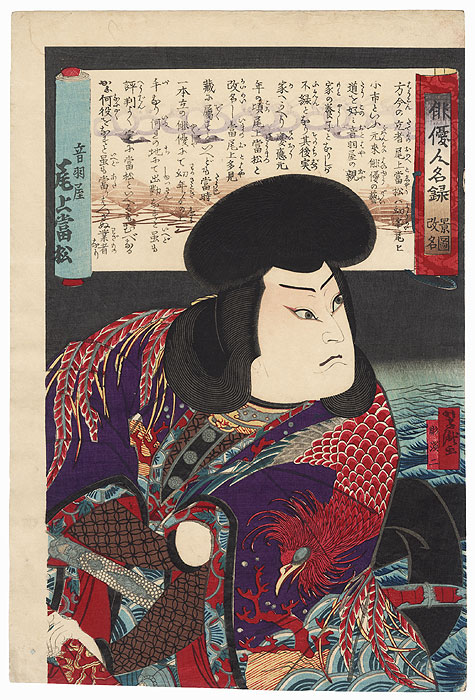 Rogue in a Phoenix Kimono - Great kabuki portrait of a rogue wearing a fantastic purple kimono with a large phoenix with long tailfeather over the shoulders. He wears a suit of armor with a button front, an unusual detail, over a red under robe tied with a black obi, a red a brocade cloth in his hand. Waves fill the background beneath a dark night sky. A handsome design, detailed with a burnished scroll pattern on the obi and burnishing on the black trim of the armor and robes. 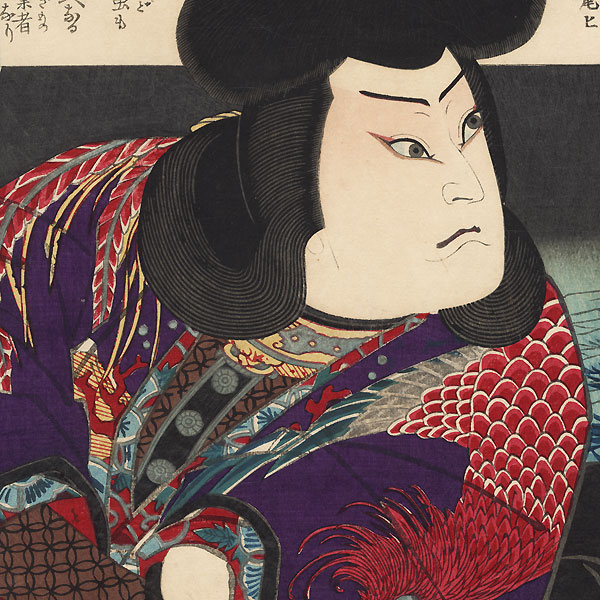 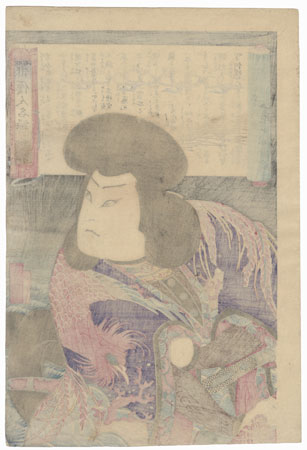