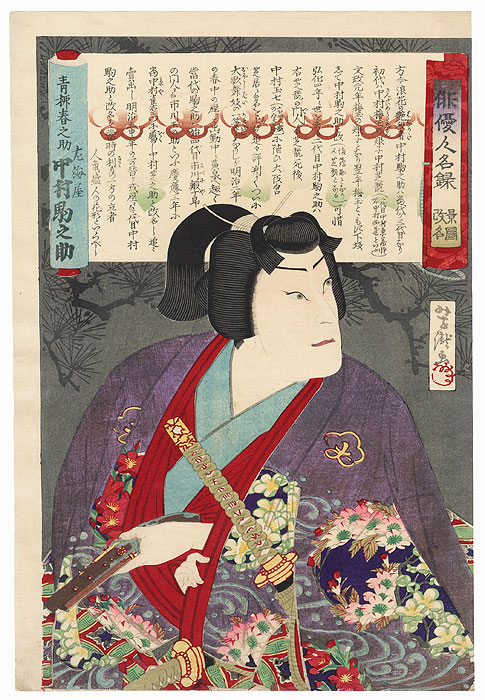 Nakamura Komanosuke as Harunosuke - Great kabuki portrait of Nakamura Komanosuke as the samurai Harunosuke, looking over his shoulder with a gun in his hand, his lips tightly pressed together in a frown. His violet kimono features a beautiful pattern of swirling water and floral medallions, worn over a red under robe, his two swords at his side. The background features pine branches in silhouette against the night sky. Beautifully detailed with mica on the water.

Condition - This print with beautiful color and detail as shown. A few small wormholes, repaired. Crease at corner. Please see photos for details. 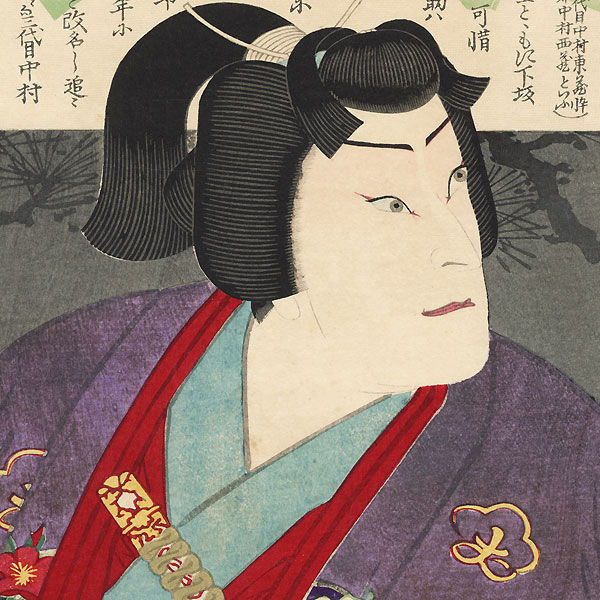 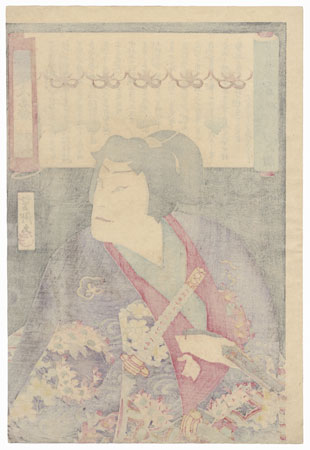