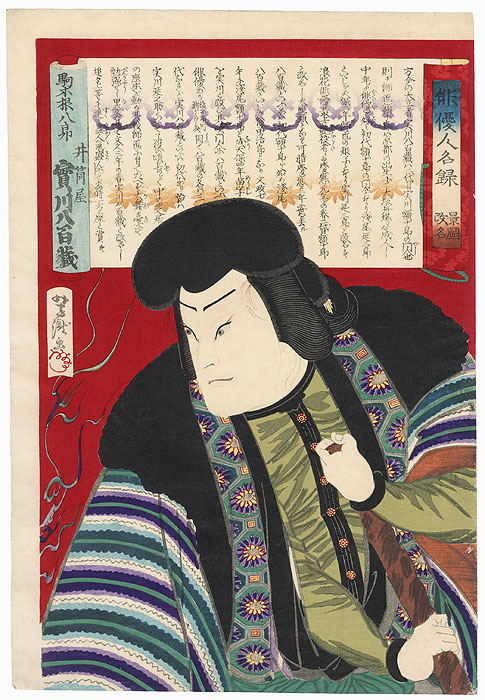 Jitsukawa Yaozo as a Rogue - Handsome kabuki portrait of Jitsukawa Yaozo as a rogue, looking over his shoulder with an alarmed expression as flames dance in the red sky beside him, a sign of a supernatural event taking place. He wears a black fur vest over a striped kimono and a shirt that buttons down the front, an unusual item of clothing. Beautifully detailed with burnishing on the black fur vest and the black trim on the shirt. 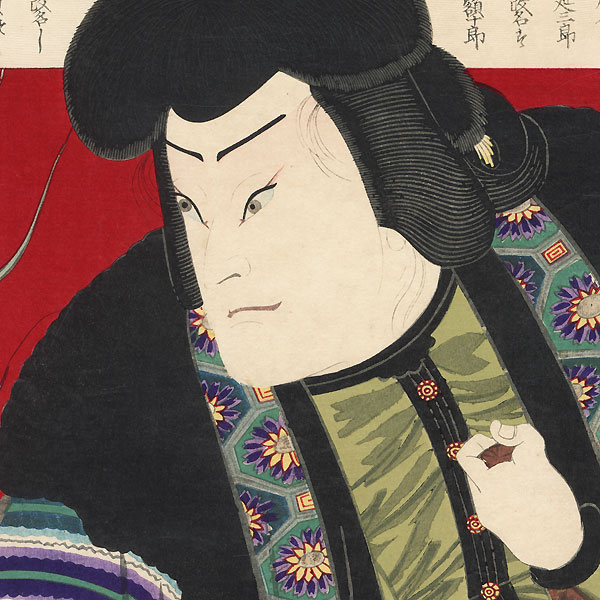 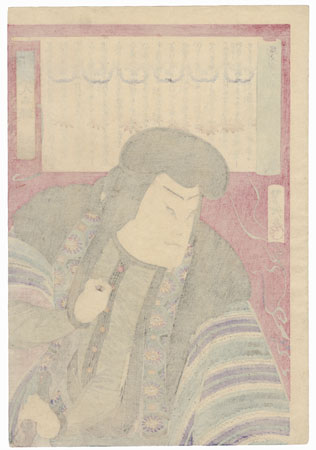