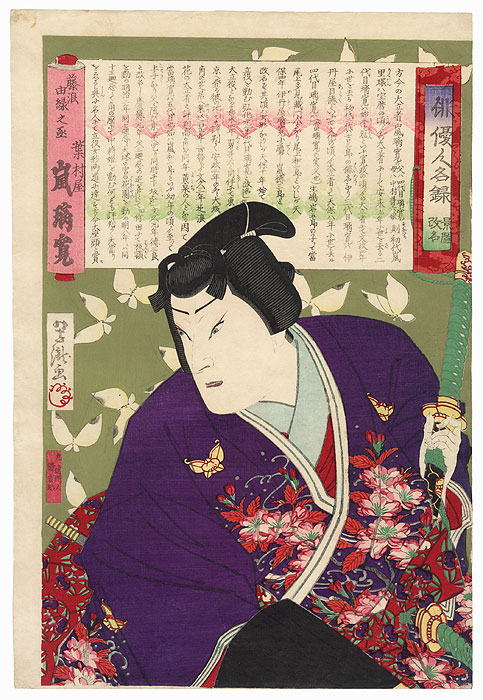 Actor as Fujinami Yukarinosuke - Handsome kabuki portrait of an actor as Fujinami Yukarinosuke. He wears a purple kimono patterned with cherry blossoms, a butterfly crest on his shoulders and sleeves. Many butterflies flutter about his head. Nicely detailed with burnished lines to indicate the folds of the umbrella and mica on the light blue collar.

Condition - This print with beautiful color and detail as shown. Tiny repair, stain at edge. Please see photos for details. 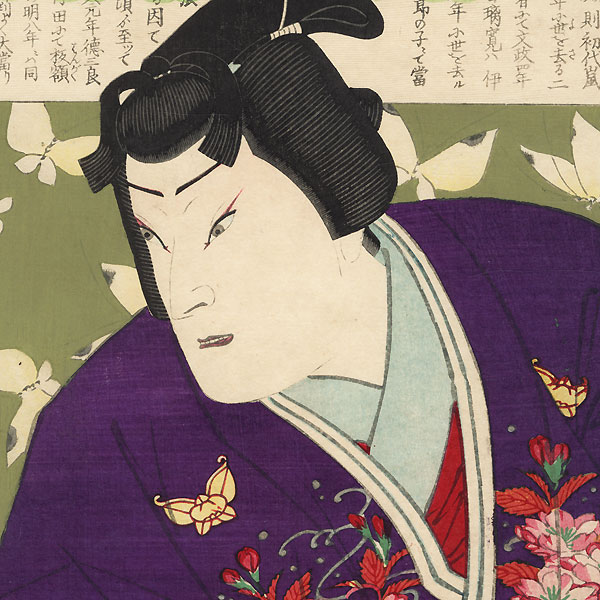 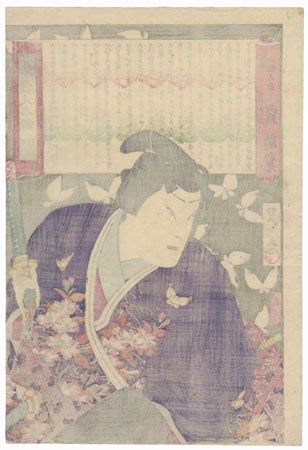