Special detail - Burnishing on the black areas of the armor and the black collars, accents of metallic pigment that have oxidized to a dark tone on the pants and kimono. From right, the actors are Onoe Taganojo II as Hisayoshi's wife Otake, Arashi Rikan IV as Saito Kurandonosuke, Ichikawa Udanji I as Mashiba Hisayoshi, Jitsukawa Enjaku I as Akechi Mitsuhide, and Kataoke Gado III as the Farmer Ichisaku in a mitate or imagined performance of the play "Eawase Taikoki." A rare complete five-panel print and a nice choice for a collector. 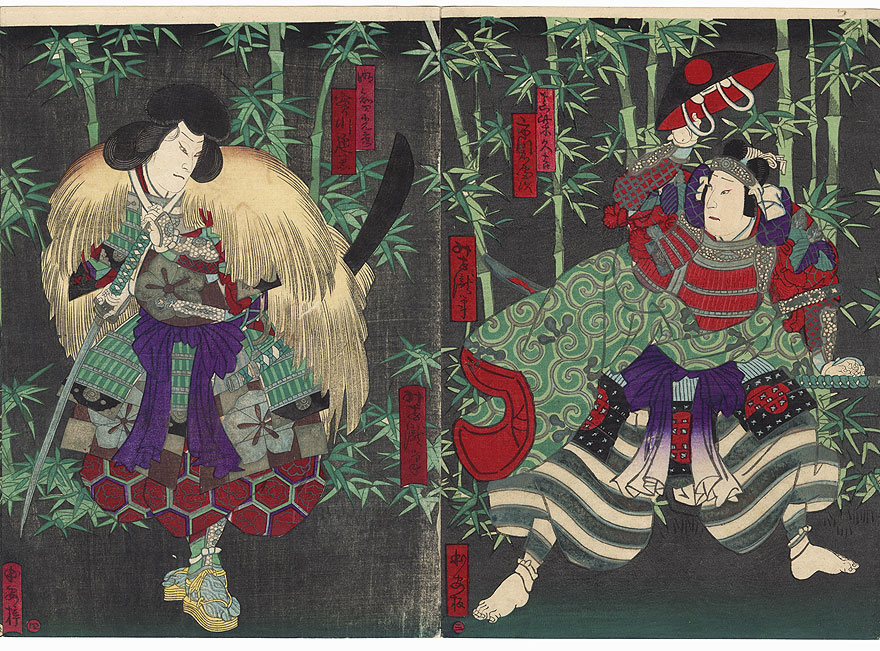