by Edo era artist (not read) 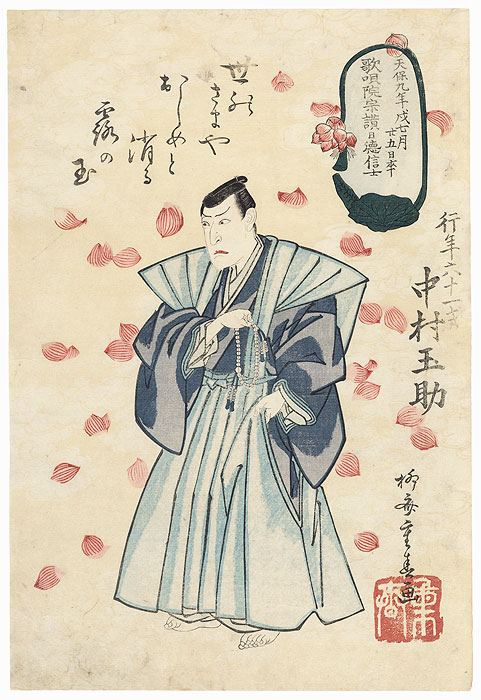 Shini-e - Literally meaning "death prints," shini-e are a category of Japanese woodblock commemorating the death of a famous kabuki actor, or less commonly, an artist or musician. These memorial portraits often depict the actor dressed in light blue death robes, or portraying a famous role associated with the individual. Some include verses or death poems along with the actor's age and date of death, or a posthumous Buddhist name. Other conventional iconography includes lotus blossoms or petals, incense burners, and prayer beads. The tragic suicide of Ichikawa Danjuro VIII in 1854 at the age of thirty-two resulted in nearly 200 shini-e of the actor. Some shini-e are recycled from earlier kabuki prints with the background blocks recut so they could be rushed into production. Most shini-e are unsigned, although some include the artist's signature. These designs are an interesting area of collecting.

Condition - This print with good detail as shown. Horizontal centerfold. Stitching holes at side, repaired. A few creases. Please see photos for details. 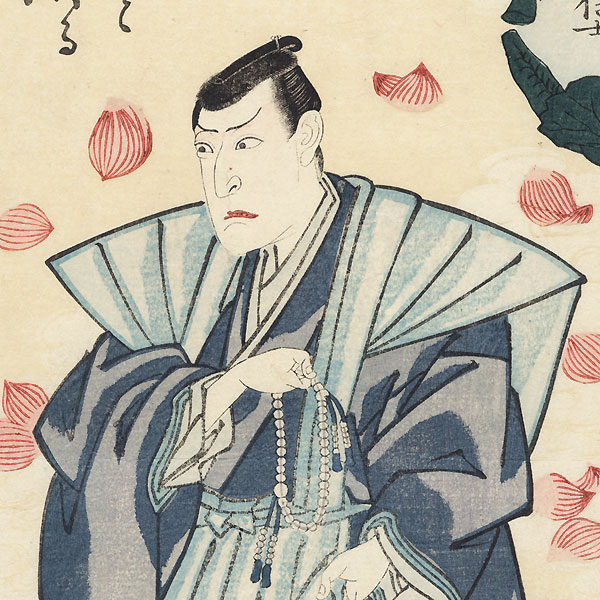 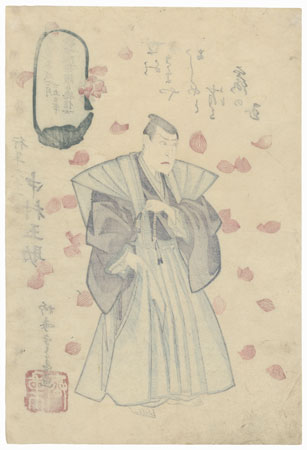 Bid on this Item