Special detail - Embossing on the white kimono, accents of metallic pigment that have oxidized to a dark tone on the kimono. The role in the left panel is Sagami. This is a scene from " Ichi-no-tani Buyuden."

Condition - This print with nice detail as shown. Three separate panels, backed with paper. Vertical fold at side. Folds at corner, light vertical line at side where backing papers meet. Please see photos for details. 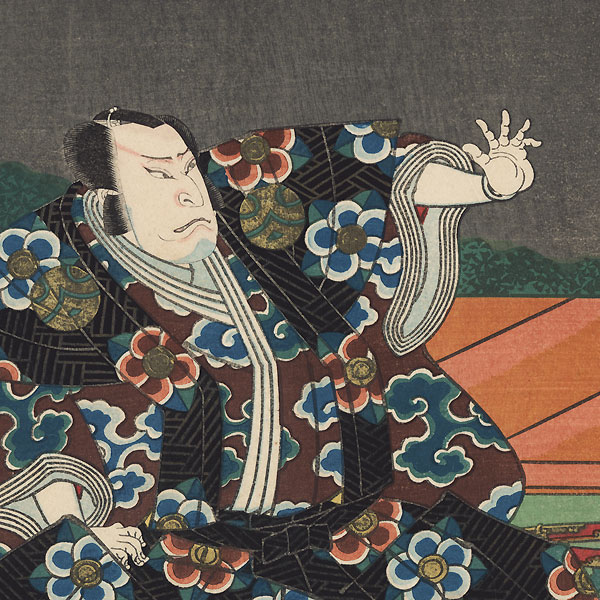