Scene from Keisei ama no hagoromo, 1862 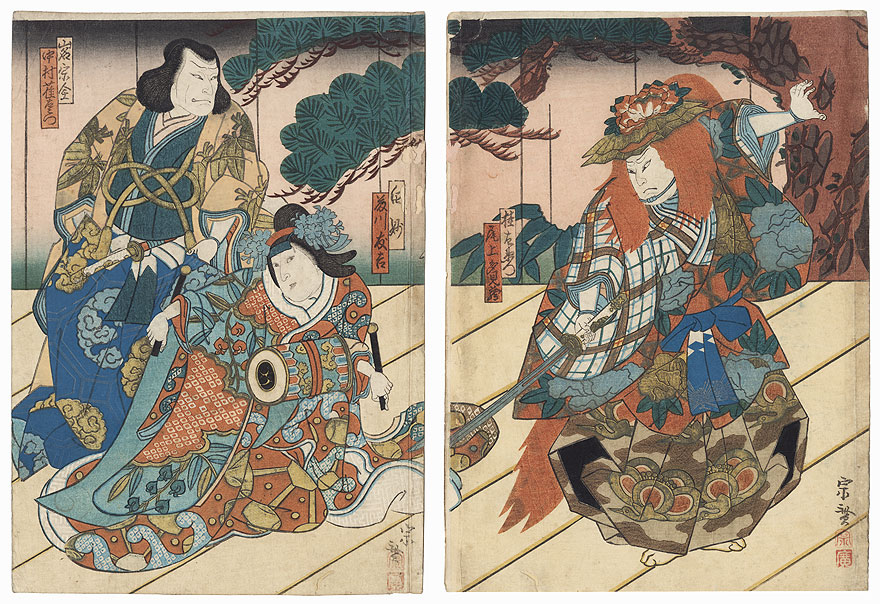 Special detail - Embossing on the white kimono collar and trim, bunishing on the black areas on the pants at right, accents of metallic pigment that have oxidized to a dark tone. From left, the actors are Nakamura Jakuemon as Yaman Sozen, ujikawa Tomokichi as Chirotae, and Onoe Tamizo II as Kitagawa Sozaemon in "Keisei ama no hagoromo" (A Courtesan and the Feather Robe) at the Naka Theater. 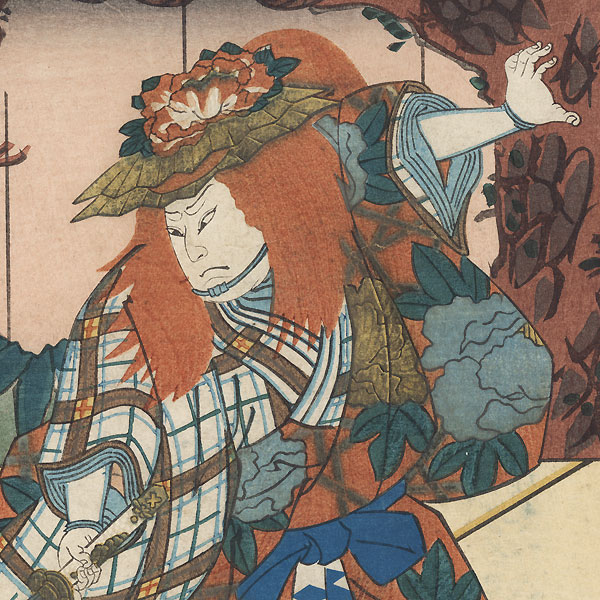 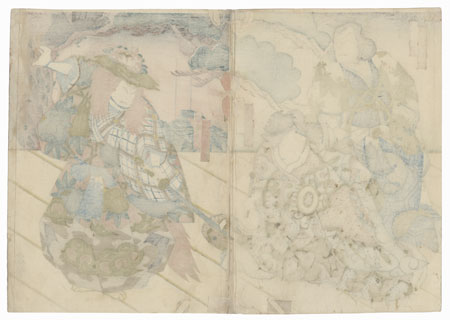