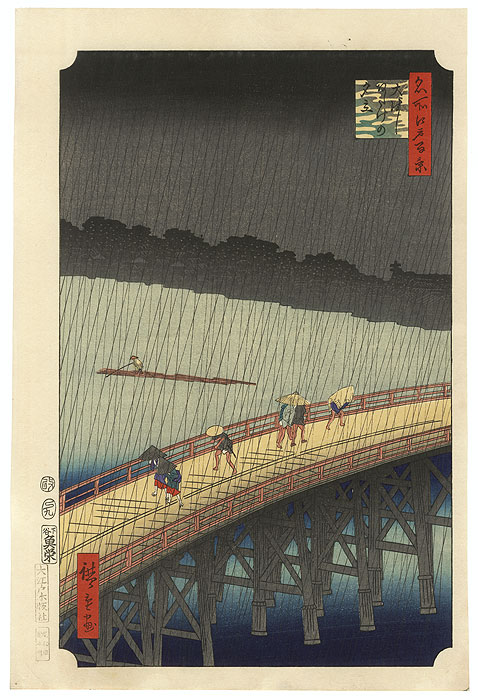 Sudden Shower over Shin-Ohashi Bridge and Atake - Fantastic view of a sudden shower over Shin-Ohashi Bridge and Atake on a late summer afternoon in Edo. A torrent of rain falls from the dark sky as people crossing the New Great Bridge rush for cover, huddling under umbrellas, a hat, and a straw mat. A lone boatman poles a raft along the Sumida River, and the opposite bank, locally known as Atake, is silhouetted in dark gray. The rain is beautifully rendered in delicate dark lines, with fine bokashi shading in the water and sky adding to the stormy mood. Hiroshige's masterwork "Sudden Shower at Atake" ranks as one of his best and most famous designs. An outstanding image. 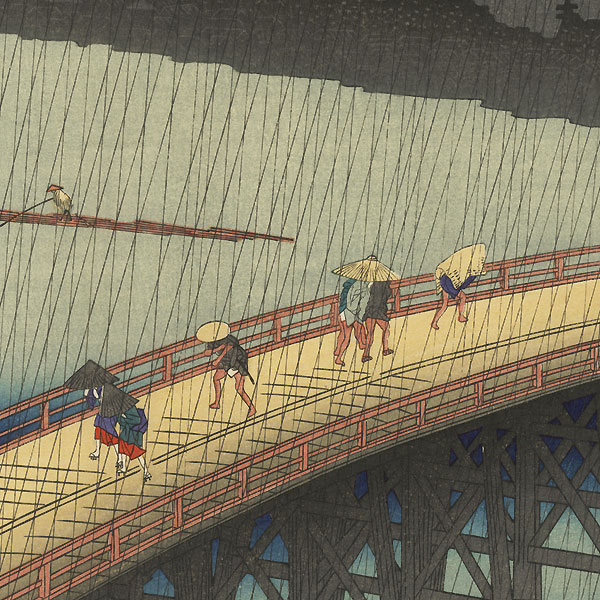 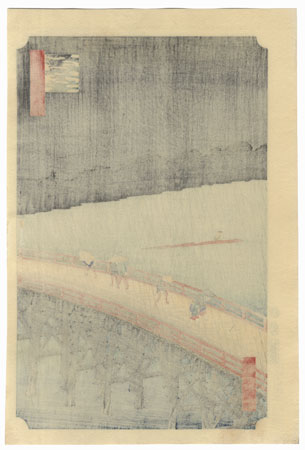