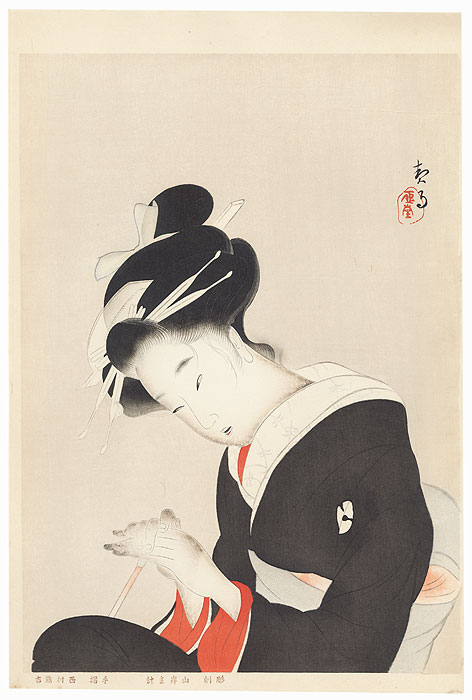 Condition - This print with excellent color and detail, as shown. Slight toning, a few tiny spots, a couple small stains at edge. Please note, the darkening along the edge of the face and hands is from the oxidation of the pigment used, and is typical for this subject. Please see photos for details. 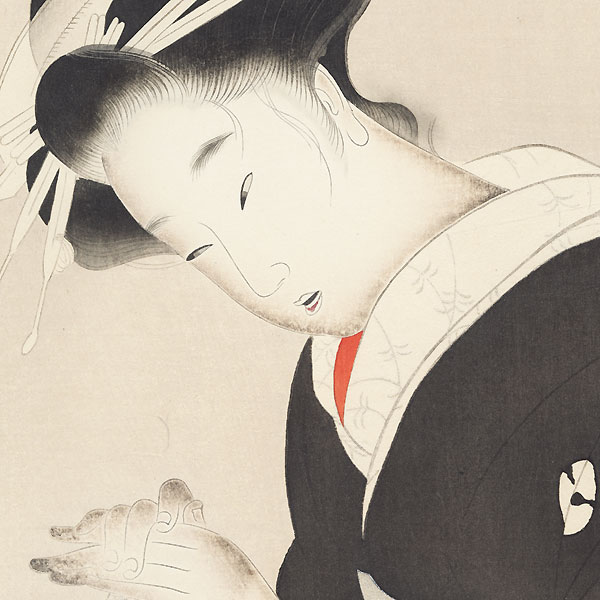 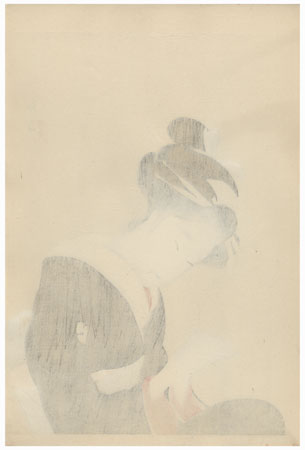