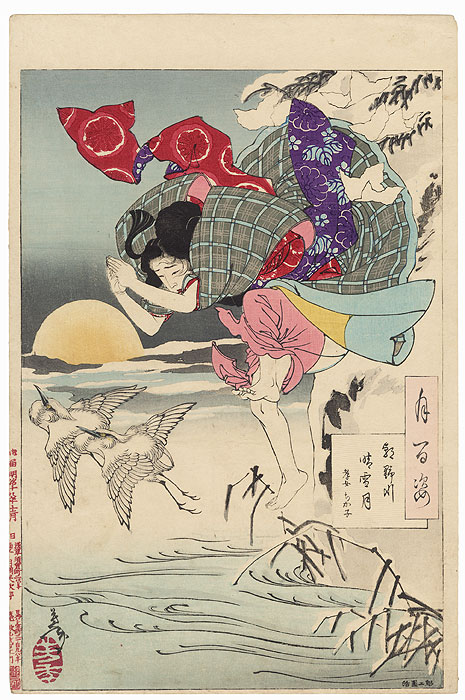 Moon of Pure Snow at Asano River - Dramatic scene based on the true story of the beauty, Chikako. After her beloved father was thrown into prison, she prayed for his release, and to demonstrate her sincerity, she committed suicide by jumping into the Asano River on a snowy night. She falls through the air with a distraught expression on her face, her hands clasped together in prayer as her robes flutter around her. Two startled egrets take flight and a full moon rises above the horizon. A poignant image, beautifully drawn, with the bright colors of her kimono and obi contrasting with the muted wintry tones of the rest of the scene. An incredible design, definitely one of the best of Yoshitoshi's career.

Condition - This print with excellent color and detail as shown. Backed with paper. Slight toning, a few spots and marks. Please see photos for details. 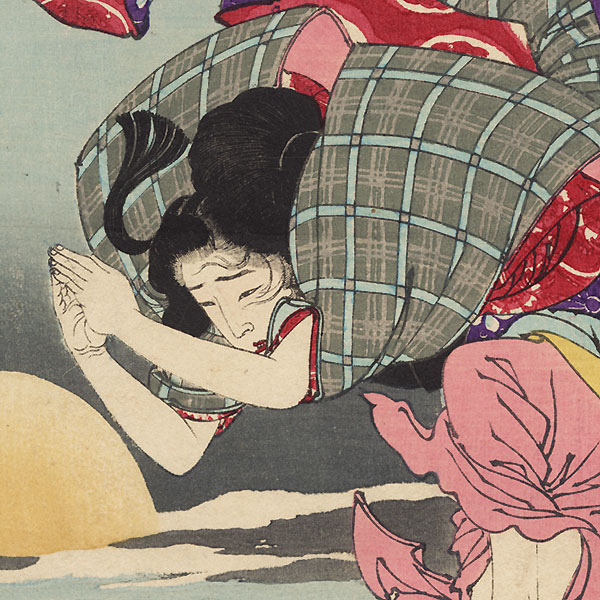 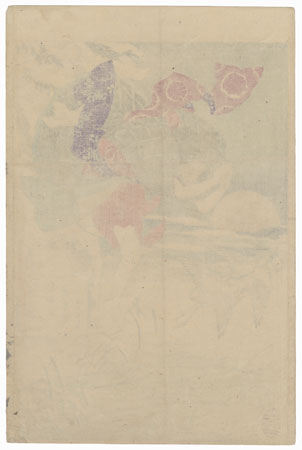