The Moon and the Helm of a Boat 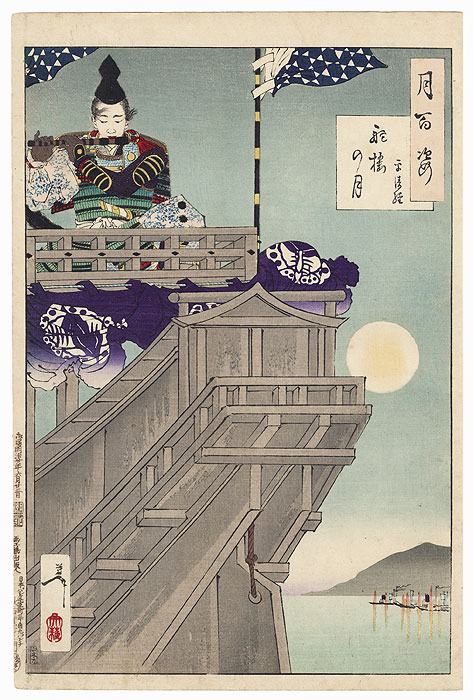 The Moon and the Helm of a Boat - In this handsome scene, Kiyotsune, the son of the Taira leader Shigemori, contemplates the fate of his ruined family after the complete and bitter defeat of the Taira clan in 1183 at the naval Battle of Dan-no-ura. Sitting in the stern of the boat wearing armor and a black court cap, he plays the flute as he composes himself, preparing to commit suicide by leaping into the sea. Purple draperies bearing the Taira butterfly crest flutter in the night wind, and a yellow full moon hangs low in the sky. A striking design, beautiful composed detailed. Includes delicate cloth embossing on the draperies and an embossed outline around the moon.

Condition - This print with nice color and detail as shown. A few marks, some soiling. Backed with paper. Please see photos for details. Good overall. 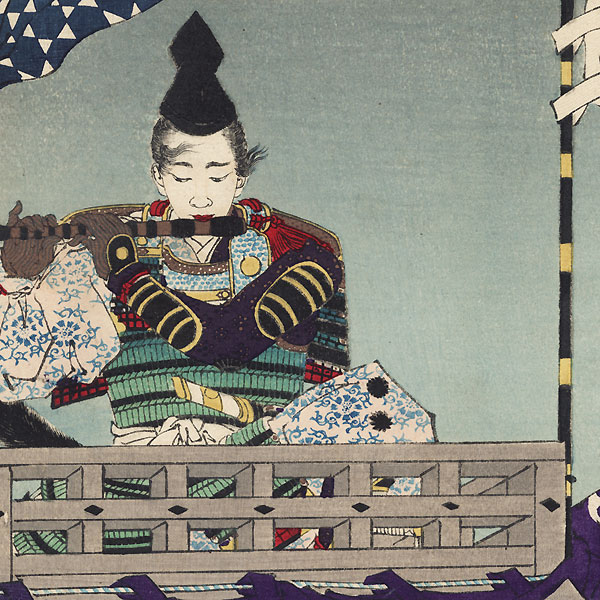 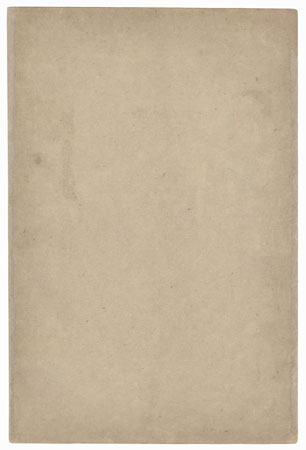