Unhappy Samurai in a Palanquin 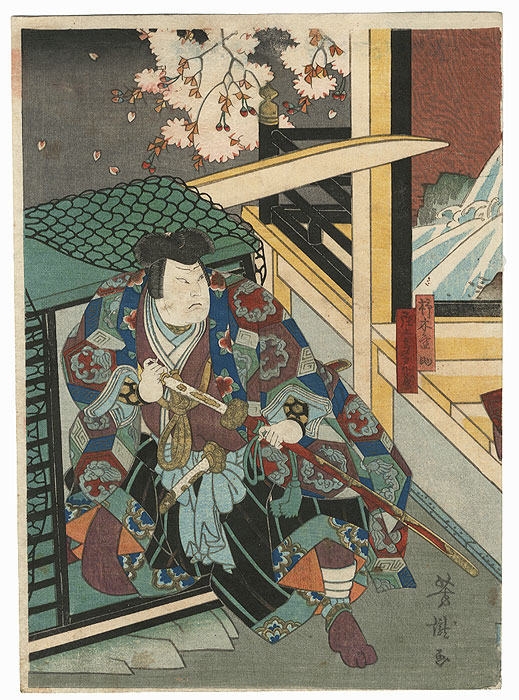 Comments - Special detail - Burnishing on the black lacquer railing, metallic pigment that has oxidized to a dark tone on the swords and kimono, embossing on the cherry blossoms. 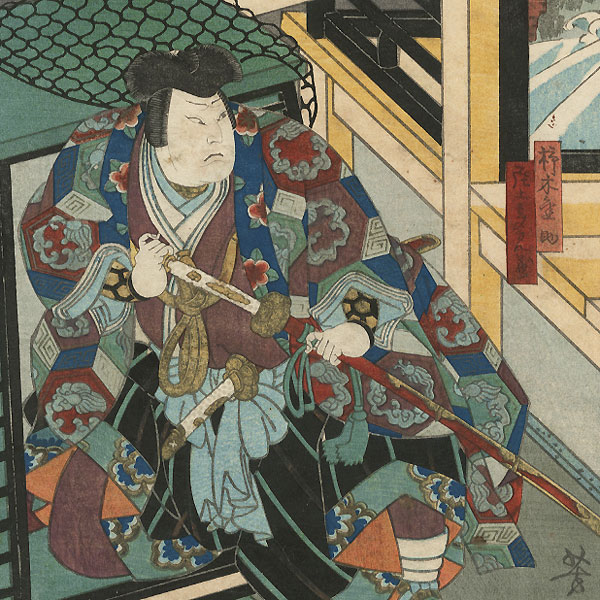 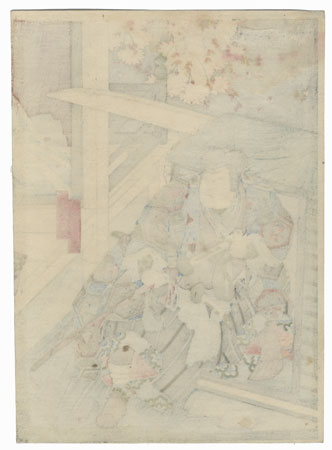