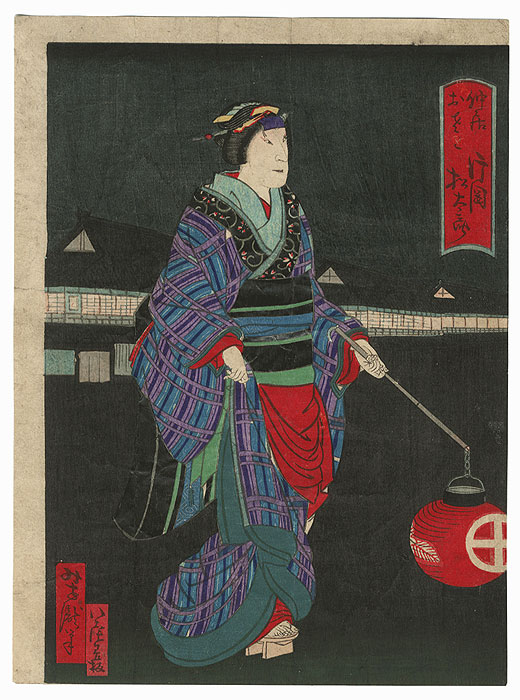 Special detail - Lacquer on the black obi, black collar, and black trim on the lantern. 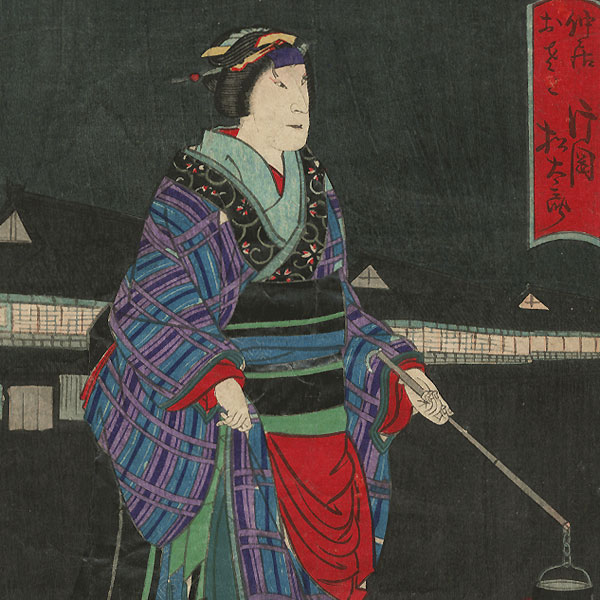