Distraught Samurai on a Temple Verandah

Special detail - Burnished checked pattern on the black kimono, accents of metallic pigment that have oxidized to a dark tone. 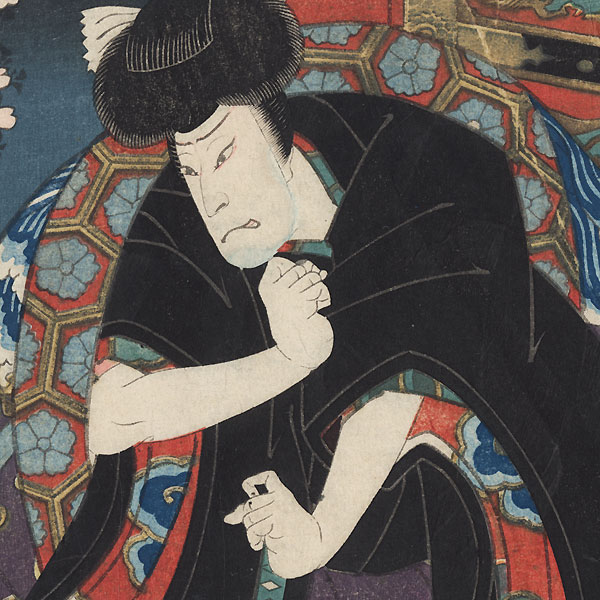 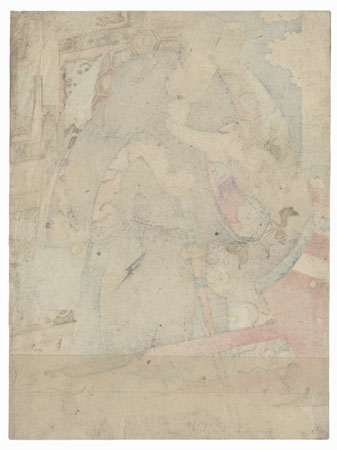