Spirit of the Plum Tree 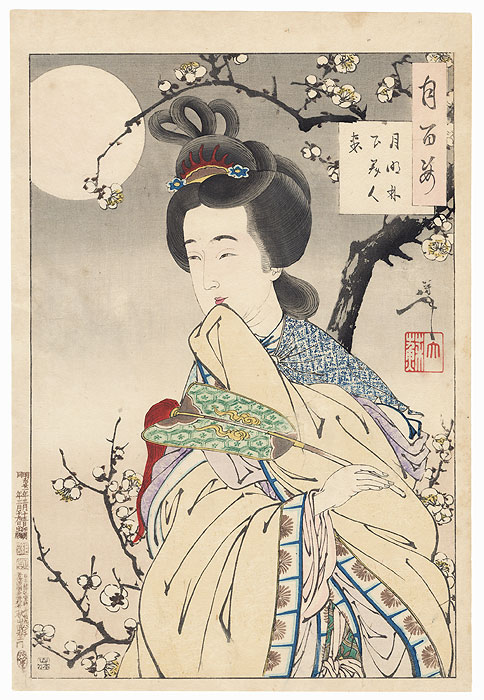 Spirit of the Plum Tree - Lovely portrait of the Spirit of the Plum Tree, who appeared to the Chinese poet Zhao Shixiong in his dreams after he fell asleep beneath a flowering plum tree. When he awoke under a glowing full moon, he wrote a verse about her. Here, the beauty smiles as she looks over her shoulder, holding one sleeve to her chin, and a fan in her hand. She wears exotic robes with a delicate embossed pattern in the pale yellow fabric, and a colorful comb in her ornately styled hair. She has a double chin, a mark of feminine beauty during the Tang Dynasty in China. A plum tree covered with blossoms and buds frames the night sky behind her, the moon glowing with soft pink color. Beautifully detailed with fine line in the hair and soft shading in the background. 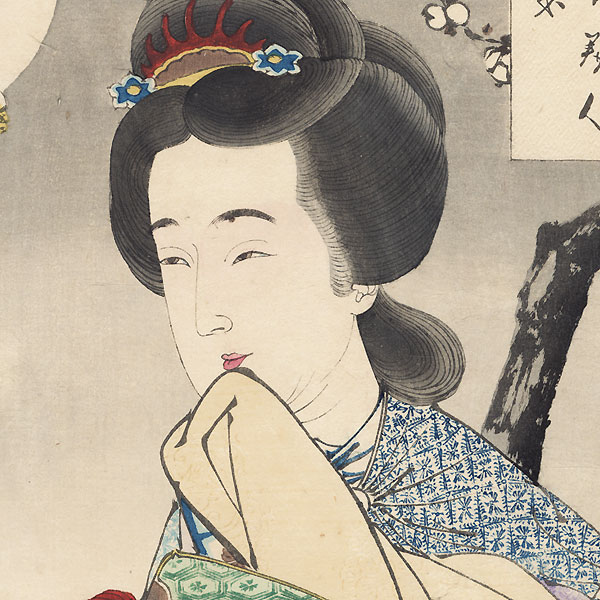 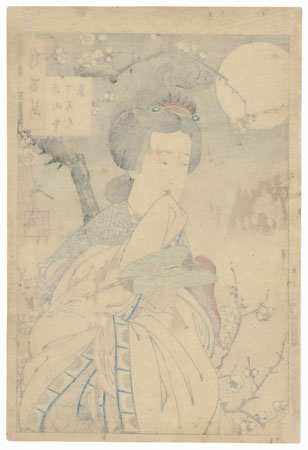