Sanuki Province, Distant View of Mount Zozu - Handsome view of travelers along the road in Sanuki Province, making their way through a mountain pass flanked by flowering shrubs. In the middleground, a farmer leads his horse along an embankment between rice fields, with a village nestled beneath the pine trees. Mount Zozu rises in the distance, with the rooftops of Kotohira, a popular pilgrimage site, peeking above the forest. 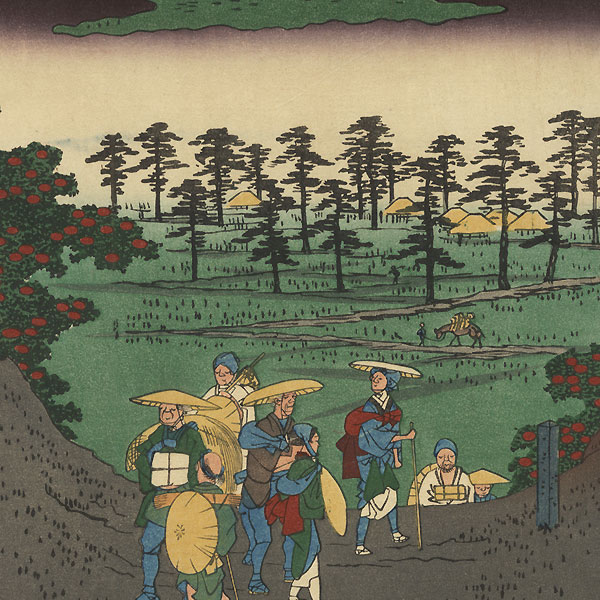