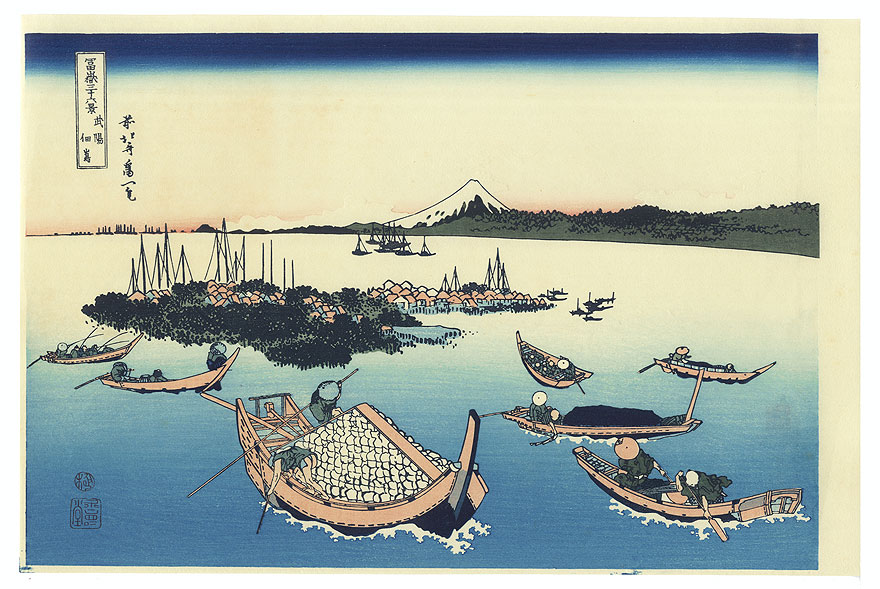 Tsukuda Island in Musashi Province, Edo - Attractive view of boats returning home to Tsukuda Island at the mouth of the Sumida River as the sun sets. Some vessels carry fishermen while others are piled high with goods. The rooftops of the village are nestled among the dark trees, with masts visible on the other side of the isle from ships already anchored for the night. A soft warm glow spreads along the horizon, with the peak of Mt. Fuji towering above. Beautiful bokashi shading in this handsome design. 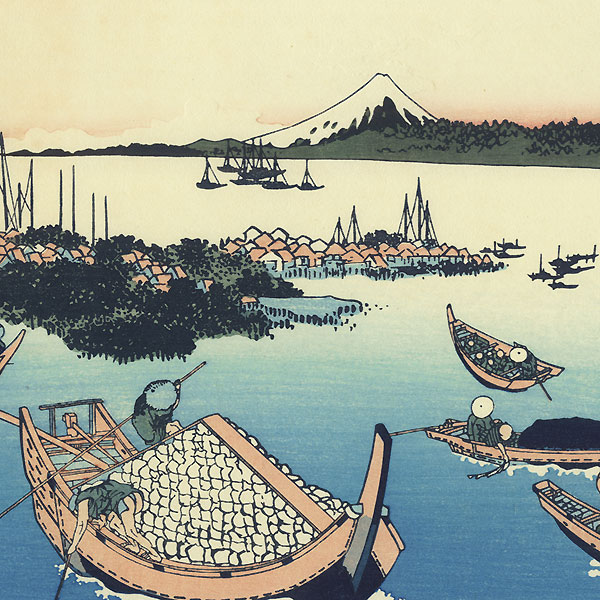 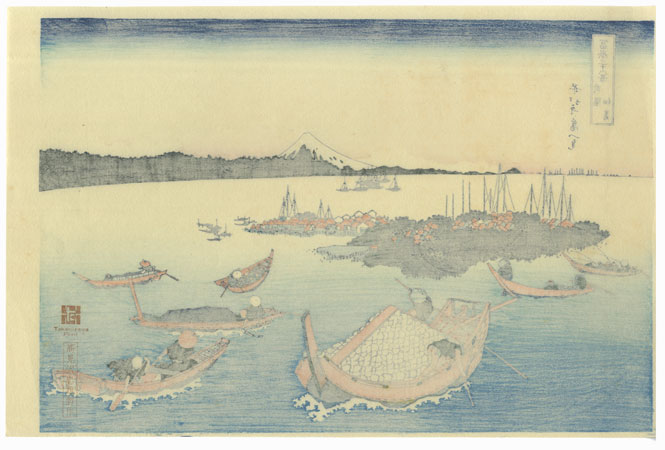