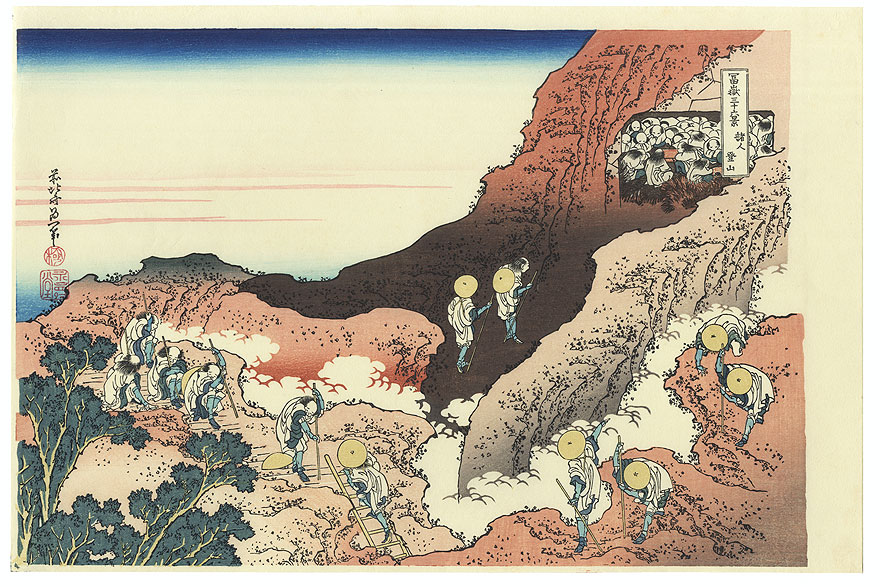 Mountain Climbers - An interesting and unusual view of Fuji, the only print not depicting the mountain's general configuration. Here pilgrims are seen climbing up the side of the road, a large group huddled in the cave for warmth. Great scene. 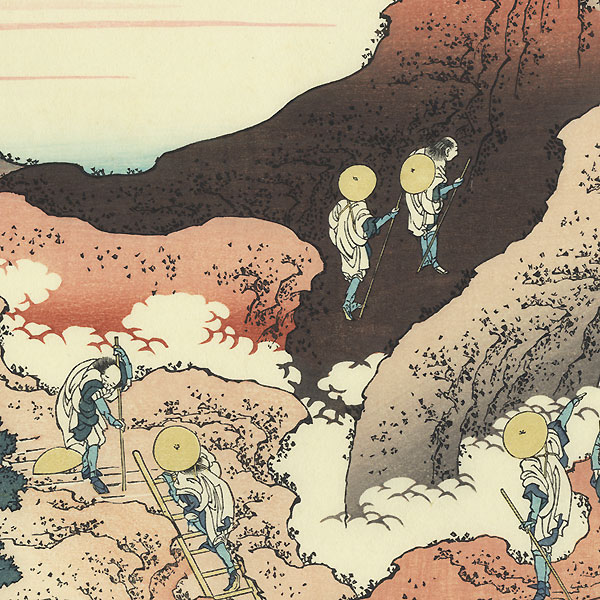 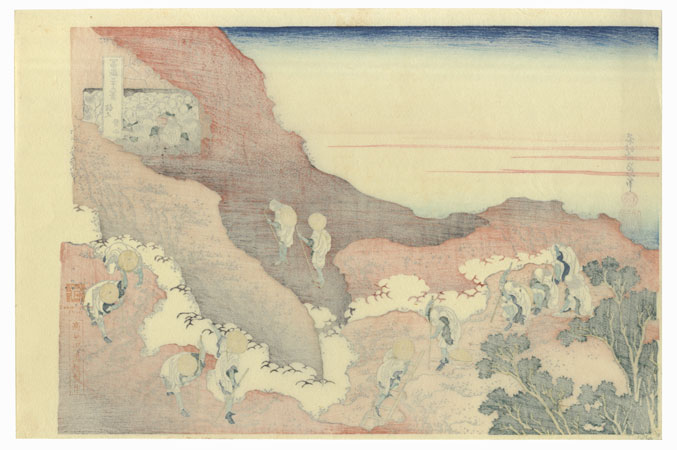