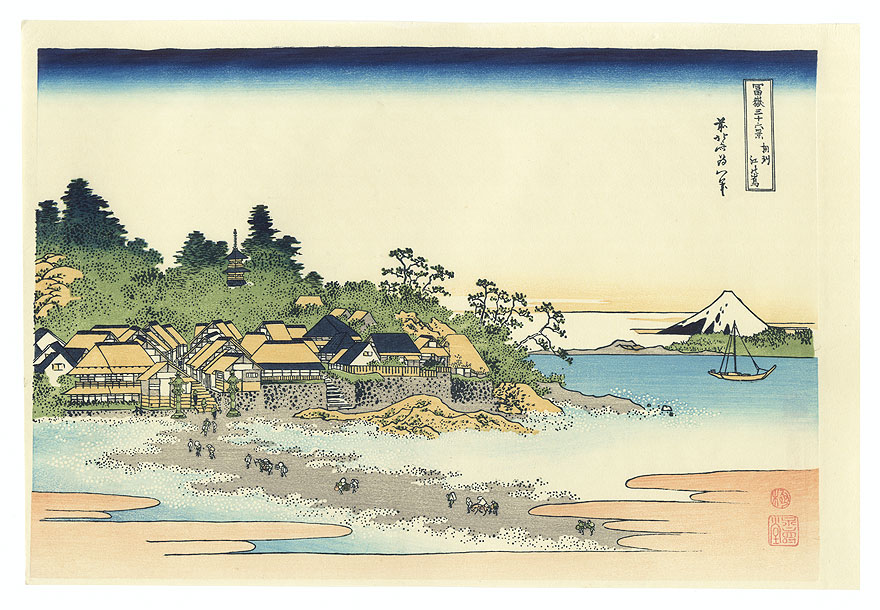 Enoshima in Sagami Province - Beautiful landscape view of the island of Enoshima, home of a large temple dedicated to Benzaiten, the Buddhist female deity of the arts, wealth, and good fortune. Pilgrims can be seen approaching the island along a sand bar at low tide, with waves foaming along the shore. The temple's pagoda rises above the treetops, and Mt. Fuji can be seen in the distance at right. Wonderful detail in this attractive design. 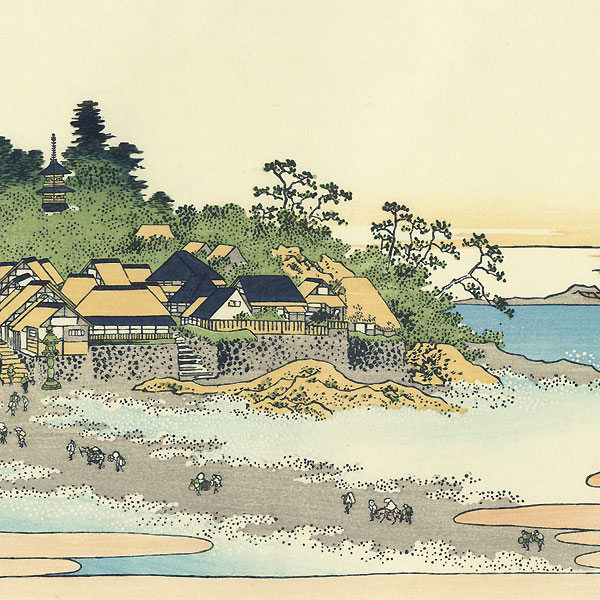 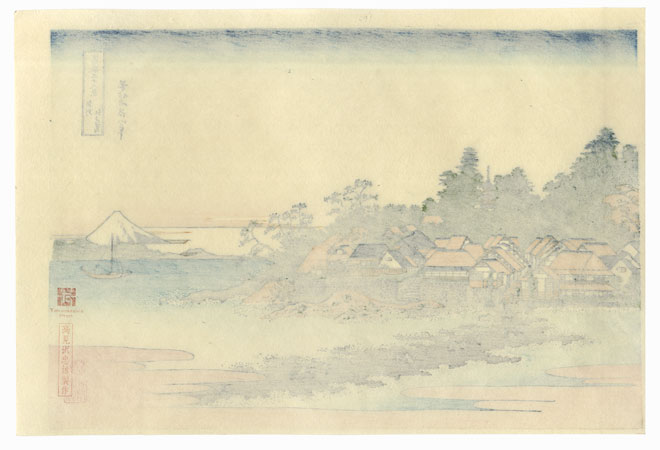