Dawn at Isawa in Kai Province 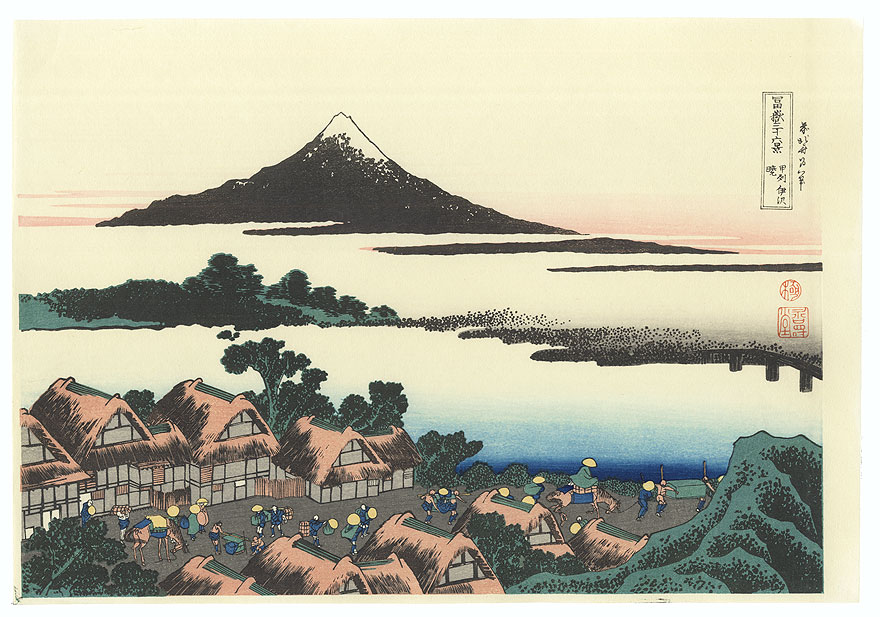 Dawn at Isawa in Kai Province - Early morning as the sun rises in a village near a river, the mountain seen in the distance. Foretelling sunrise, Fuji stands against a pink sky. Travelers arranging their packs to continue down the road for the day. 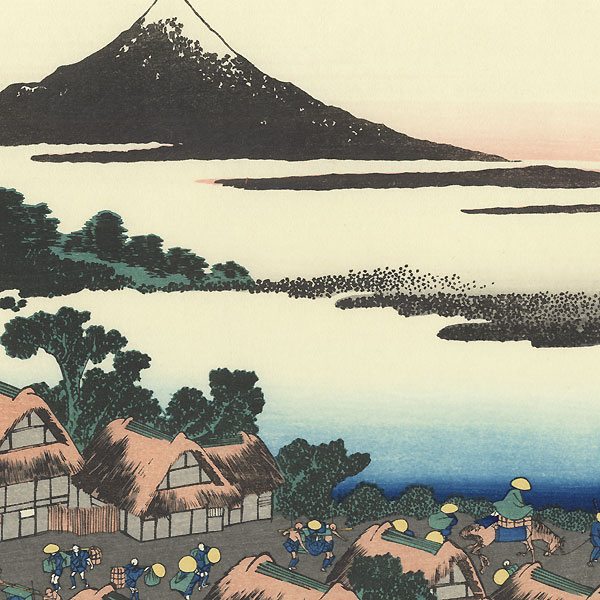 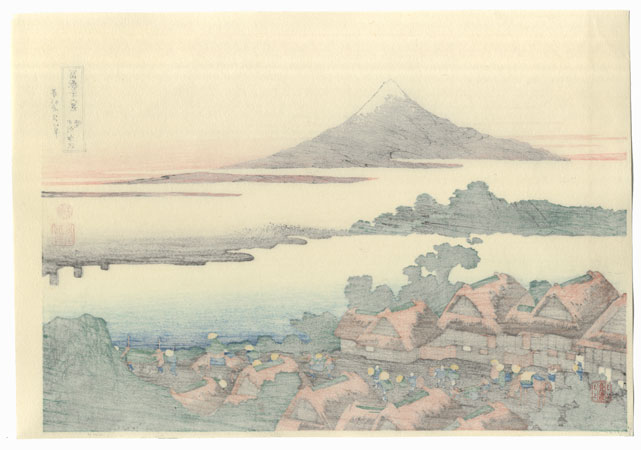