The Nihon Bridge in Edo 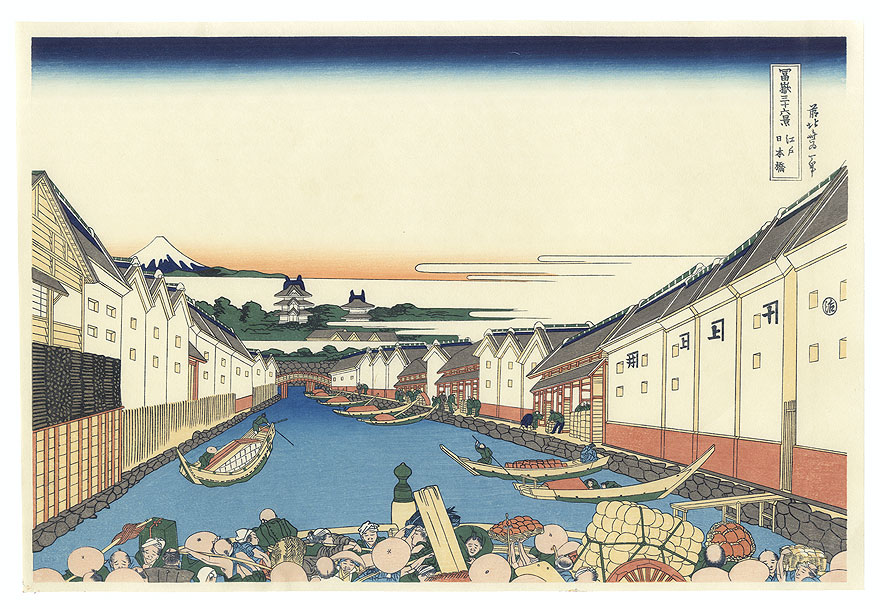 The Nihon Bridge in Edo - Great view of the Nihonbashi River from the bustling Nihonbashi or Nihon Bridge in the foreground, packed with townspeople and workers carrying a variety of products. Kura or storehouses line the river, with boats pulled up to unload their goods. The towers of the castle rise in the distance, with the snow-capped peak of Mt. Fuji visible at upper left. A lively view of the busy central commercial district in Edo, nicely detailed. 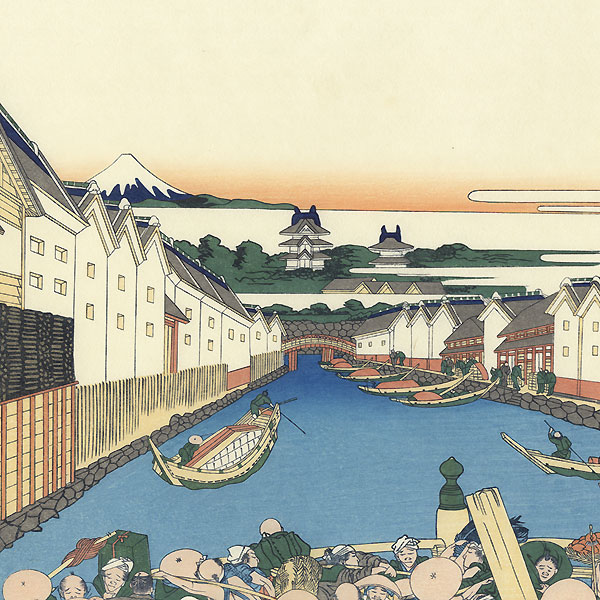 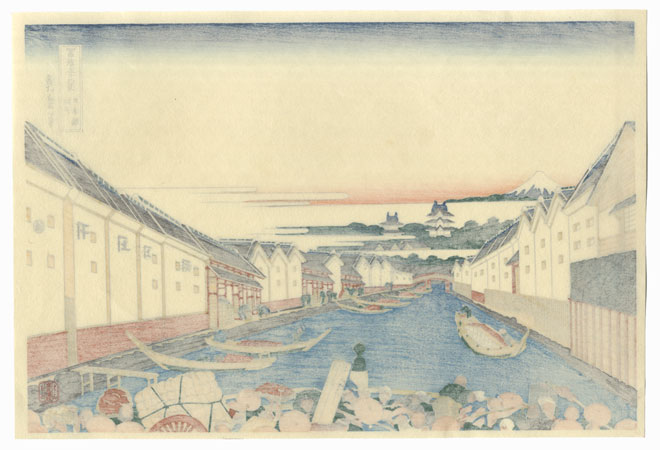