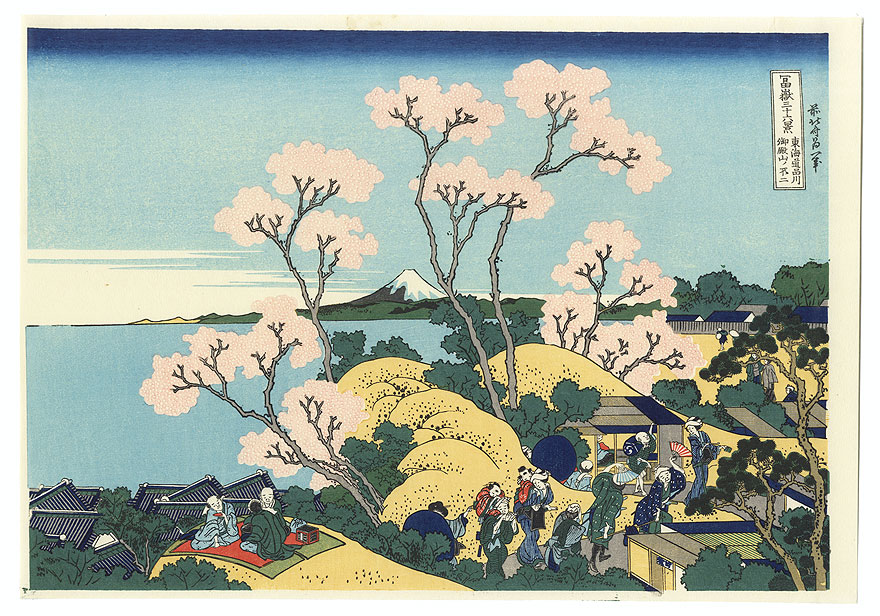 Fuji from Gotenyama - Charming scene of cherry blossom viewing at Gotenyama, the hill north of Shinagawa in Edo. At lower right, people stroll along a path, a couple of men waving fans as they dance about. At left, three men enjoy sake as they relax on a mat beneath the flowering pink trees. The snow covered peak of Mt. Fuji can be seen in the distance framed by the trees. An attractive spring view. This Takamizawa Publisher reprint comes with a double-sided sheet with a description in Japanese and English.