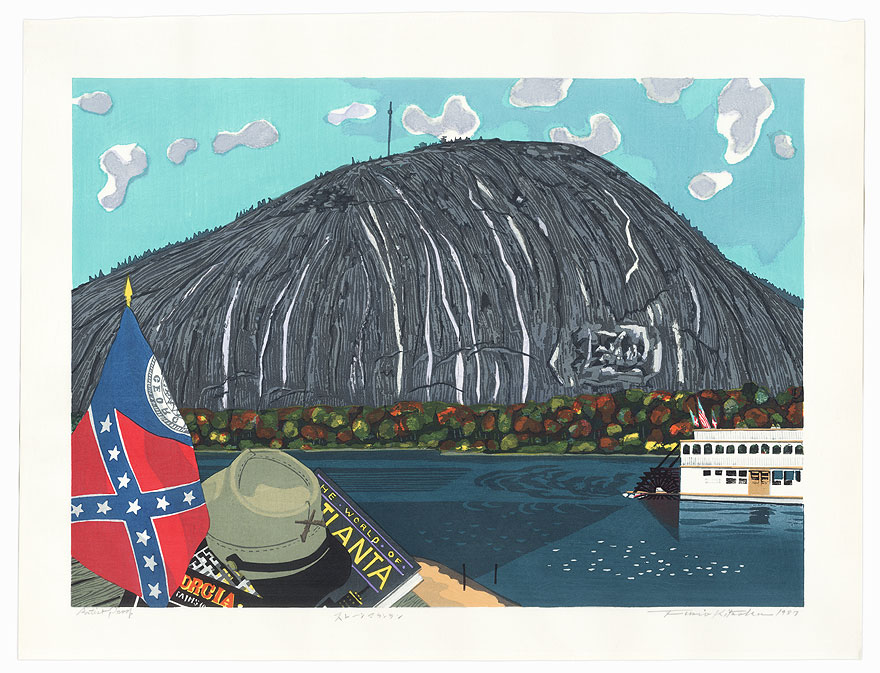 Sosaku Hanga - The sosaku hanga or creative print movement in Japan began in the early part of the twentieth century. Unlike the traditional collaborative woodblock printing process utilizing a separate artist, carver, and printer along with a publisher, the sosaku hanga movement emphasized artist involvement in designing, carving, and printing the blocks himself, as the sole creator of his work. The movement gained popularity following World War II, earning international acclaim and expanding subject matter to include abstraction. Today most contemporary Japanese print artists design, carve, and print their woodblocks themselves, continuing the vibrant creative tradition established with ukiyo-e. Sosaku hanga prints encompass a wide range of subjects and expressive artistic styles, and are a great choice for a collector interested in modern and contemporary prints.

Fumio Kitaoka - Born in Tokyo, Fumio Kitaoka studied at the Tokyo School of Fine Arts and later in Paris at the Ecole Nationale des Beaux Arts. Kitaoka experimented with a range of subjects and styles from bold abstractions to expressionist figures, and is known for his later colorful landscape woodblock prints. Kitaoka taught in the USA during the 1960s and exhibited internationally, showing regularly at the celebrated College Women's Association of Japan's annual print show in Tokyo. His vibrant and distinctive works are popular with modern collectors and are included in the collections of the Boston Museum of Fine Arts and the Museum of Modern Art in New York.

Condition - This print with excellent color and detail as shown. A couple light creases at edges. Please note, due to the size, this print may be shipped rolled. Please see photos for details. 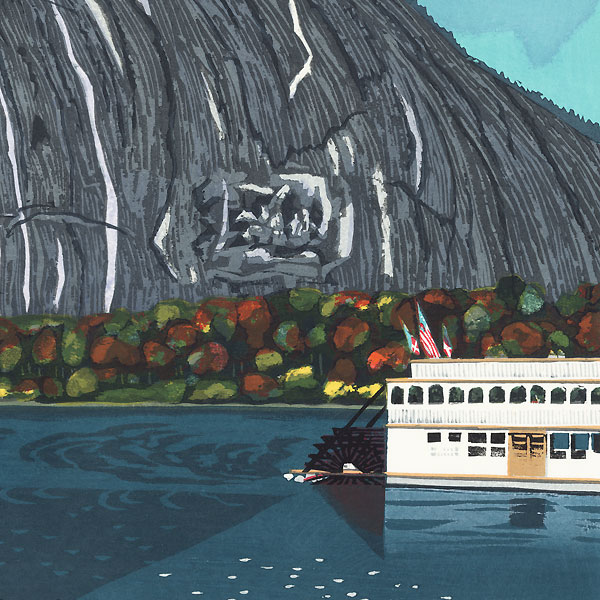 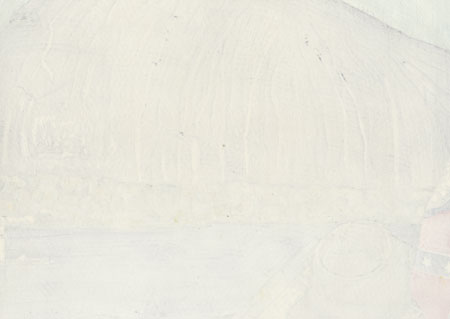