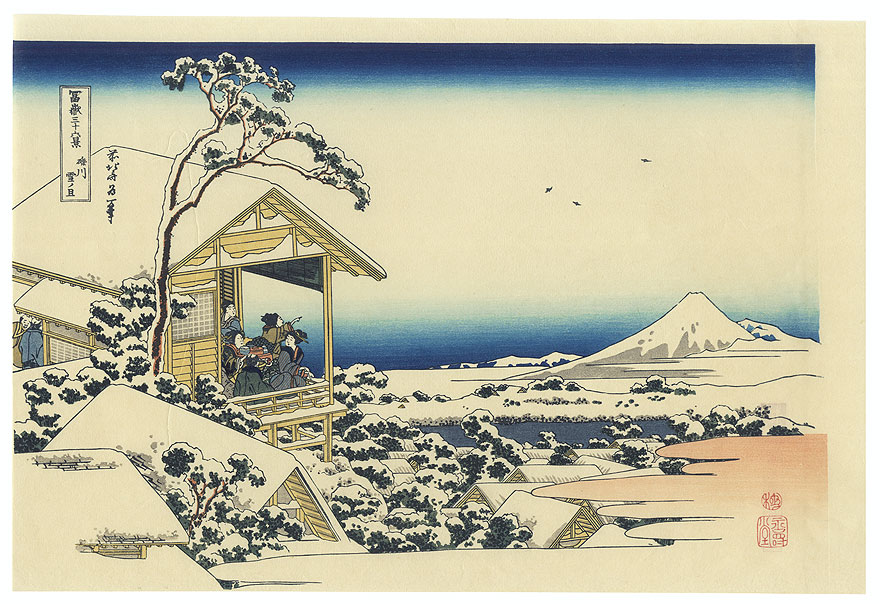 Snowy Morning at Koishikawa - Beautiful view of Mt. Fuji from Koishikawa in Edo on a snowy day. Women gathered on the verandah of the house at left enjoy the view looking out over the rooftops, one gesturing towards the snow-capped peak in the distance. A few birds wheel about the sky in and softly shading clouds frame the scene at right. A charming winter landscape, beautifully composed and colored. 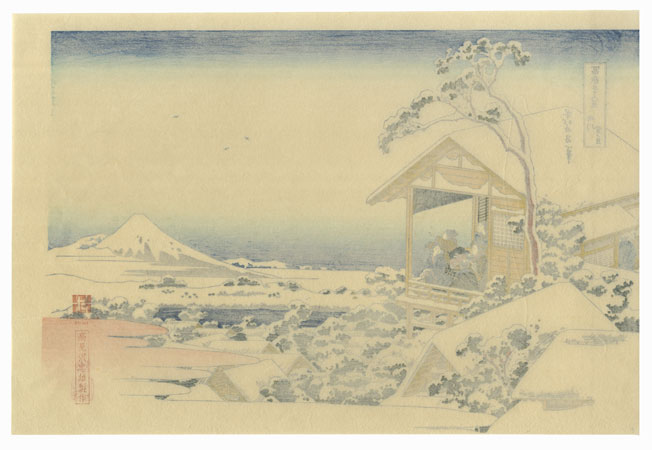