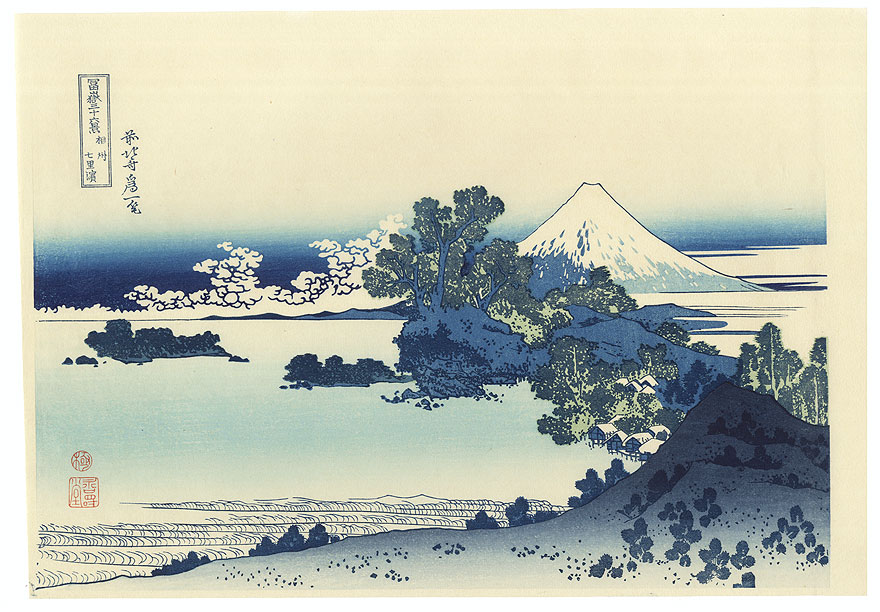 Shichiri Beach in Sagami Province - Handsome view of Shichiri Beach in Sagami Province, with waves rolling up to the shore at left. The ground sweeps around to the right, a small village tucked among the trees along the water's edge. Mt. Fuji rises majestically in the distance, with swirling clouds drifting along the horizon against a softly shaded sky. An attractive composition. 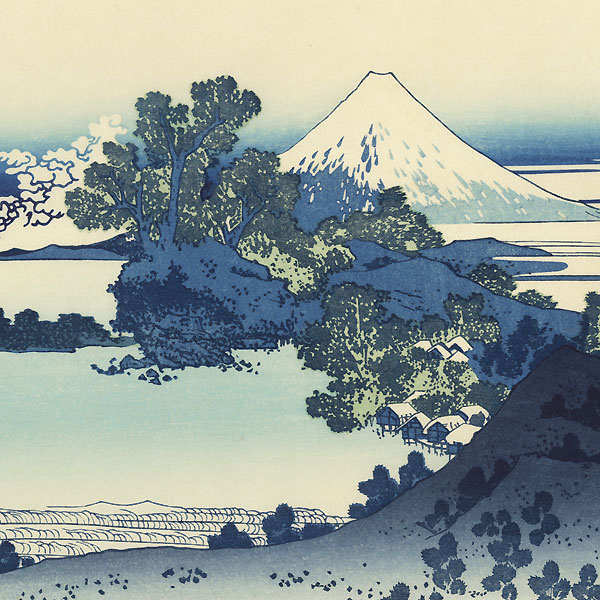 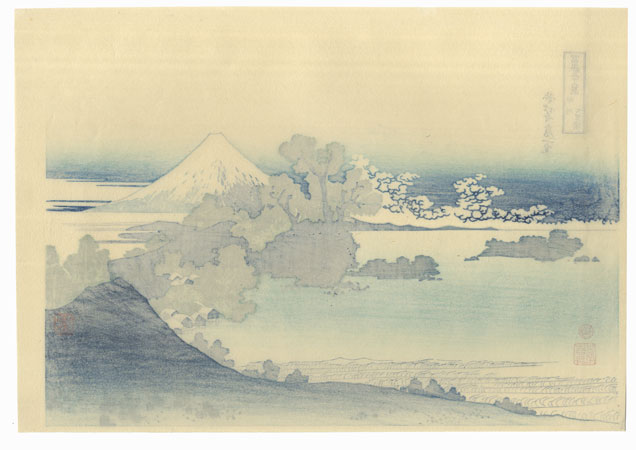