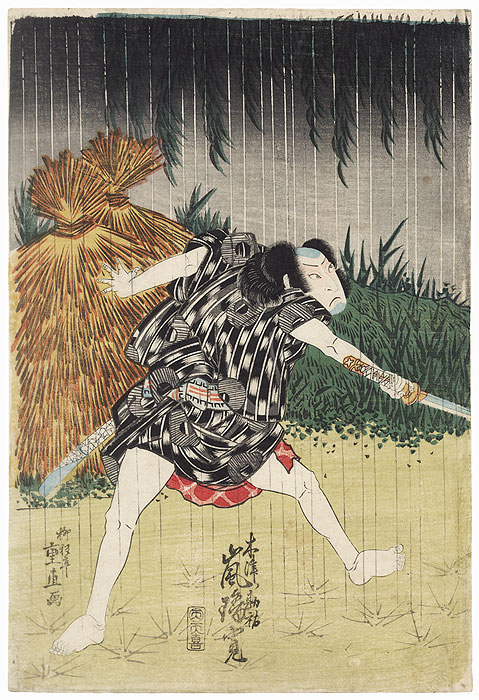 Special detail - This is a scene from the play "Sao no uta kizugawa hakkei" at the Kado Theater in Osaka.

Condition - This print with excellent detail as shown. Vertical fold at side, Slight creasing and soiling. Please see photos for details. 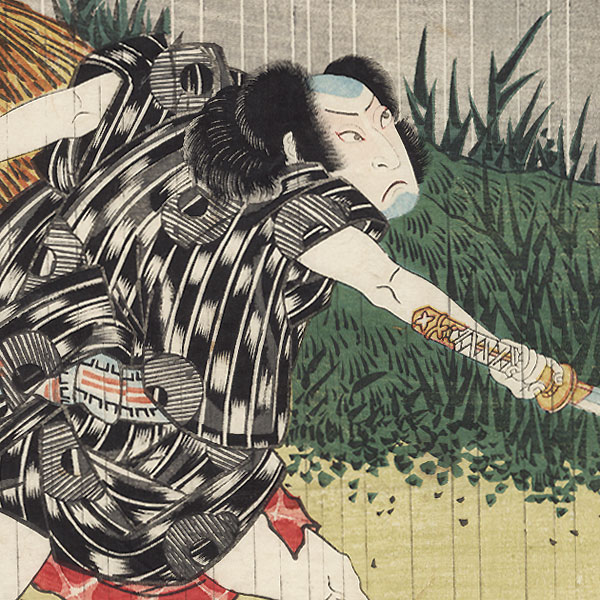 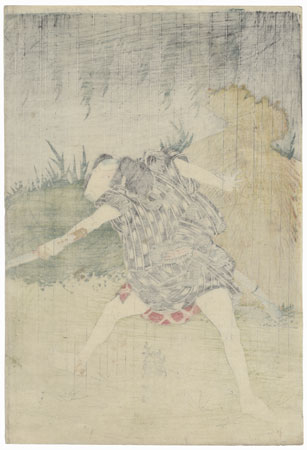