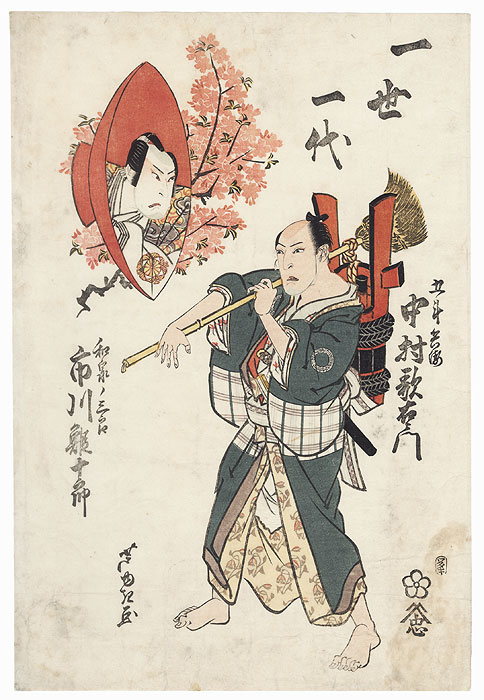 Special detail - This is the last stage appearance of Nakamura Utaemon III. The actor appearing on the red lacquer sake cup inset at upper left is Ichikawa Ebijuro I as Izumi no Saburo. 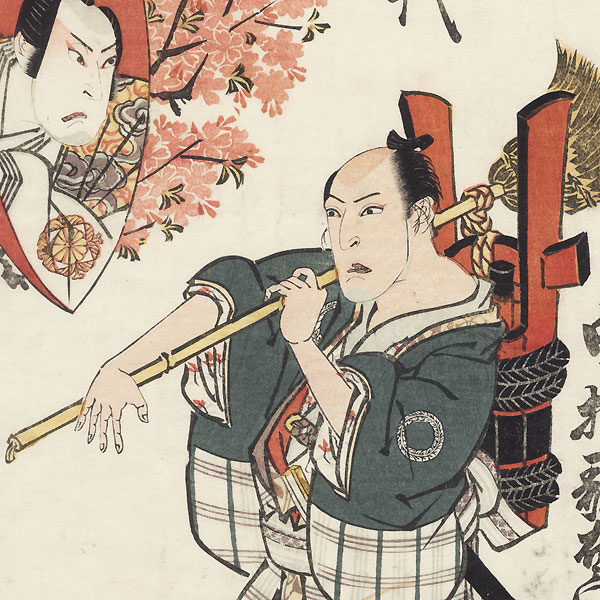 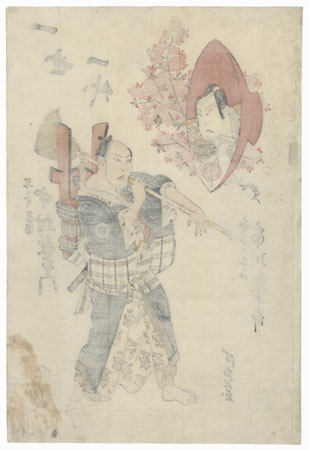