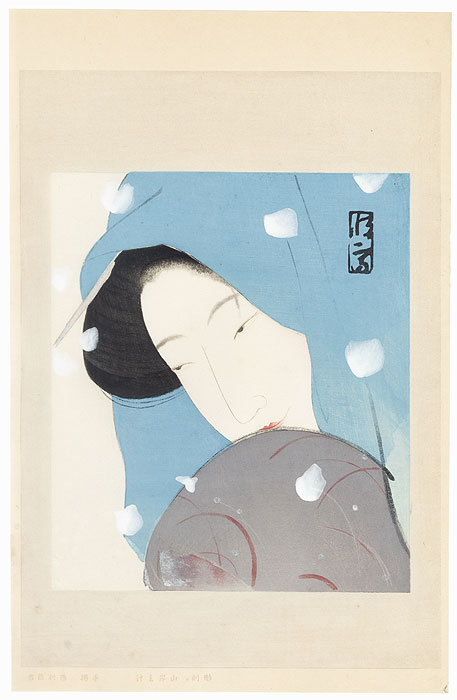 The Heroine Umekawa, circa 1923 - Beautiful image of the courtesan Umekawa (or Umegawa) in "Meido no Hiyaku," a play about a love suicide. The beauty is in love with Chubei, who works for a firm of couriers. After Chubei steals money to release Umekawa from her contract, the pair flees to Chubei's home village, deciding to commit lover's suicide together rather than be parted. In this close-up portrait, Umekawa clutches her kimono sleeve to her chin with a poignant expression as large flakes of snow fall over the scene. Her head is cloaked in a blue hood against the cold winter air. Beautifully detailed with subtle white mica in the face and sky, and silver mica on the hairpin and kimono sleeve. A lovely, expressive design, set off by a soft gray border emulating the brocade trim on a scroll. 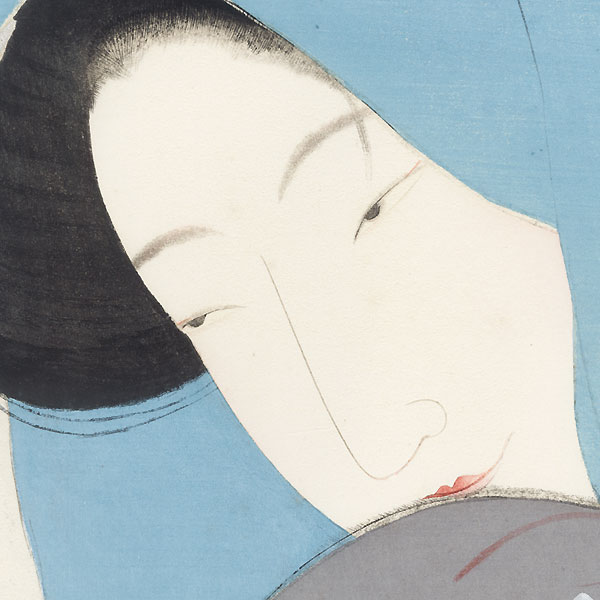 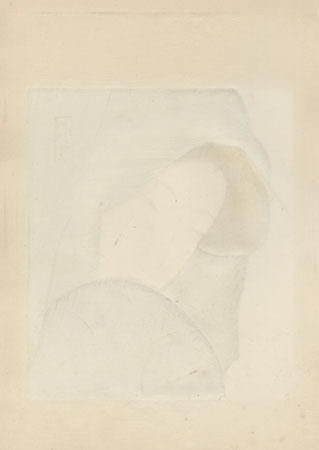