Itchy: the appearance of a kept woman in the Kaei era, No. 16 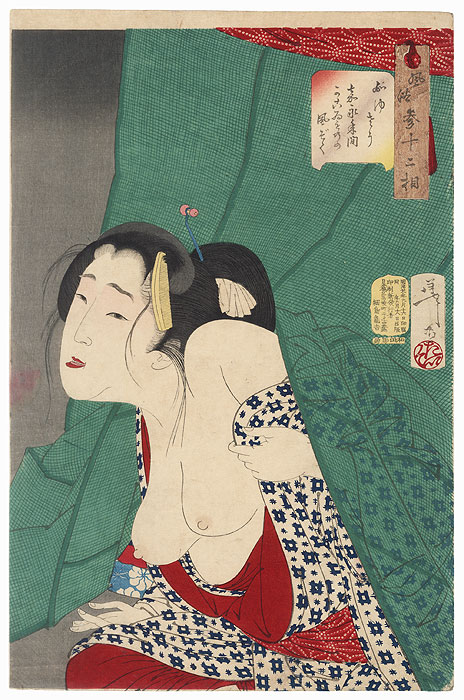 Original Yoshitoshi (1839 - 1892) Japanese Woodblock Print
Itchy: the appearance of a kept woman in the Kaei era, No. 16

Itchy: the appearance of a kept woman in the Kaei era, No. 16 - This illustration shows a young woman who has found a wealthy benefactor who has established her in her own house for his exclusive enjoyment. It is a hot summer's morning, and the girl glances at us drowsily as she emerges from beneath the mosquito net; the title "itchy" suggests that the netting has not quite done its job. Her hair is disheveled with an ornamental comb slipping out, and her loose cotton yukata has slipped off her shoulders, exposing her breasts. This is the most openly sensual design of the series, a rare find, and a collector's favorite. Beautiful detailed.

Condition - This print with excellent color and detail as shown. Slight toning and soiling, a few creases, fold at side, stain at edge. Please see photos for details. 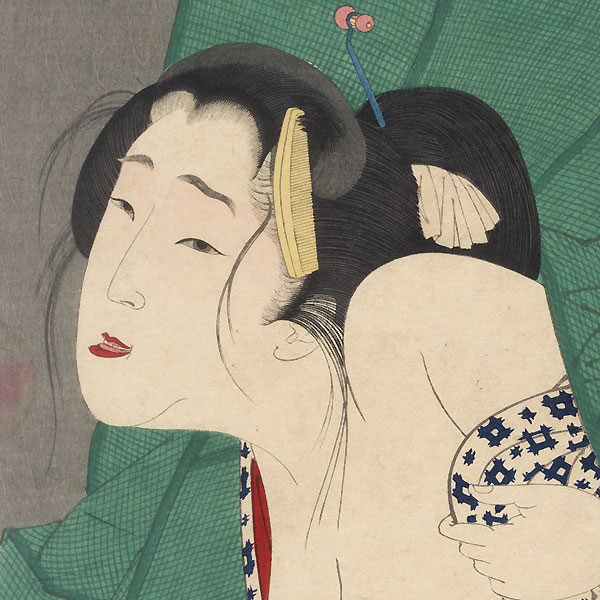 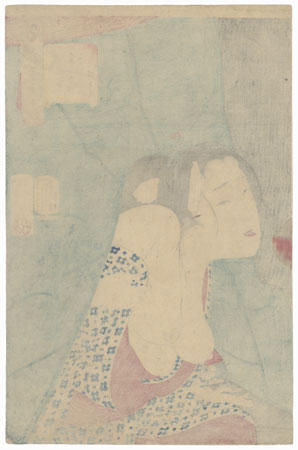