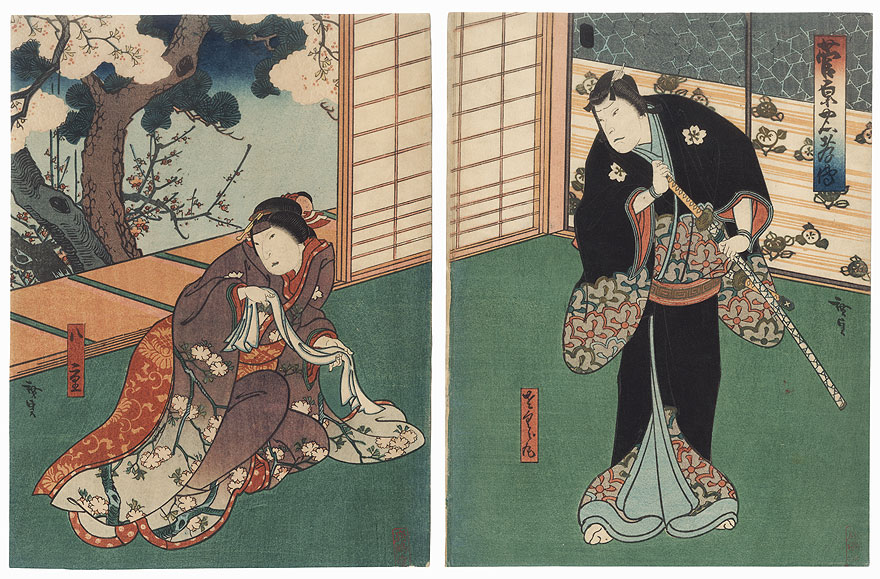 Special detail - Embossing on the cherry blossoms. From right, the actors are Arashi Rikaku II as Sakuramaru and Arashi Rikan III as Yae in a scene from "Sugwara Denju Tenarai Kagami" at the Kado Theater. 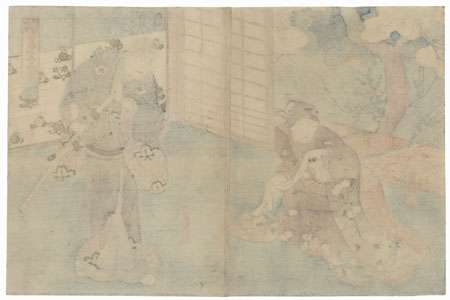