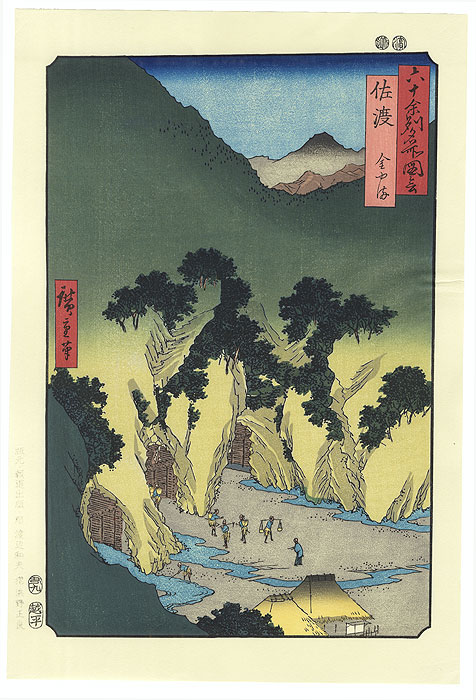 Sado Province, the Goldmines - Terrific view of the entrance to the goldmines in Sado Province. While it was known the region contained gold, these mines near the Ai River weren't mined until 1600, when they became a major source of funds for the shogun. The cave-like entrances to the tunnels open onto a flat area, with streams of water flowing from each tunnel. A few workmen carrying picks and baskets are dwarfed by the enormous size of the mountain, which reaches to the upper edge of the scene. An intriguing perspective, detailed with beautiful bokashi shading. 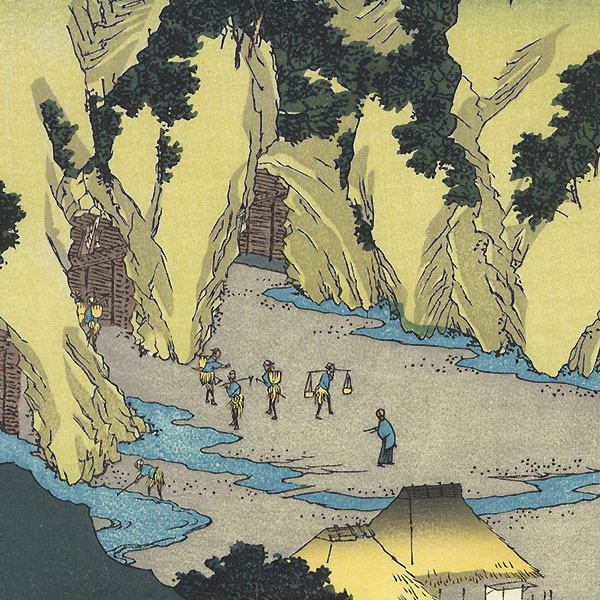 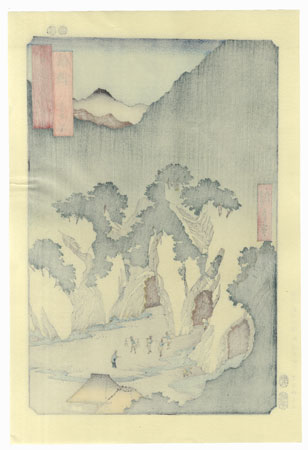