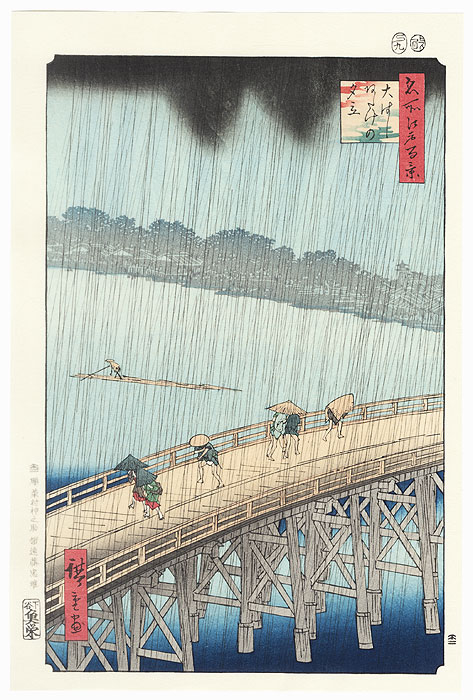 Yuyudo Publisher - In the early 20th century, the Yuyudo publishing house had already distinguished themselves as one of the finest publishers in Japan. They adhered to the same exacting standards of 19th century publishers while some of their publishing colleagues took shortcuts. In the 1950's, as interest Edo era woodblock prints was reigniting, Yuyudo embarked upon a project to produce reprints by the great masters from the Golden Age of Ukiyo-e. They hired the finest woodblock printers and carvers in the world for this endeavor. The resulting prints were some of the highest quality reproductions ever made. We are pleased to offer this beautiful reprint from the Yuyudo publisher in our auctions today.  Yuyudo prints are exceptionally well done and very finely printed. Each bears a Yuyudo Publisher stamp on the margin or reverse. Bid now on prints from this fantastic collection!

Sudden Shower over Shin-Ohashi Bridge and Atake - Fantastic view of a sudden shower over Shin-Ohashi Bridge and Atake on a late summer afternoon in Edo. A torrent of rain falls from the dark sky as people crossing the New Great Bridge rush for cover, huddling under umbrellas, a hat, and a straw mat. A lone boatman poles a raft along the Sumida River, and the opposite bank, locally known as Atake, is silhouetted in dark gray. The rain is beautifully rendered in delicate dark lines, with fine bokashi shading in the water and sky adding to the stormy mood. Hiroshige's masterwork "Sudden Shower at Atake" ranks as one of his best and most famous designs. An outstanding image. 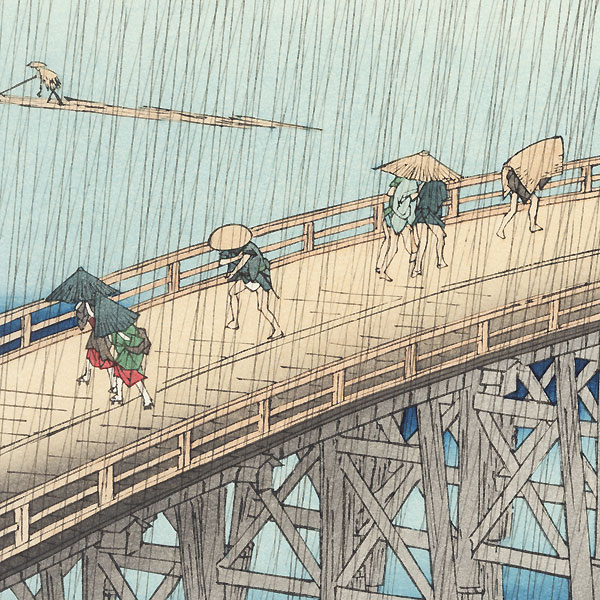 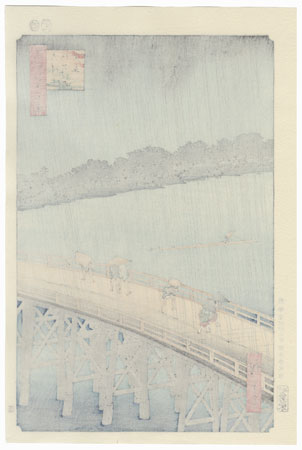