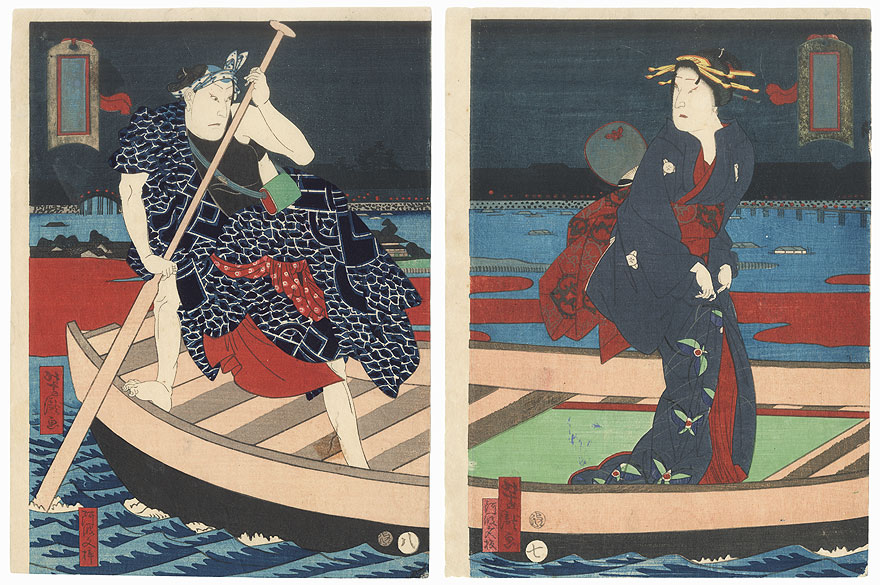 Special detail - Lacquer on the boatman's black undergarment, metallic pigment that has oxidized to a dark tone on the beauty's fan and the cartouches at the top corners. 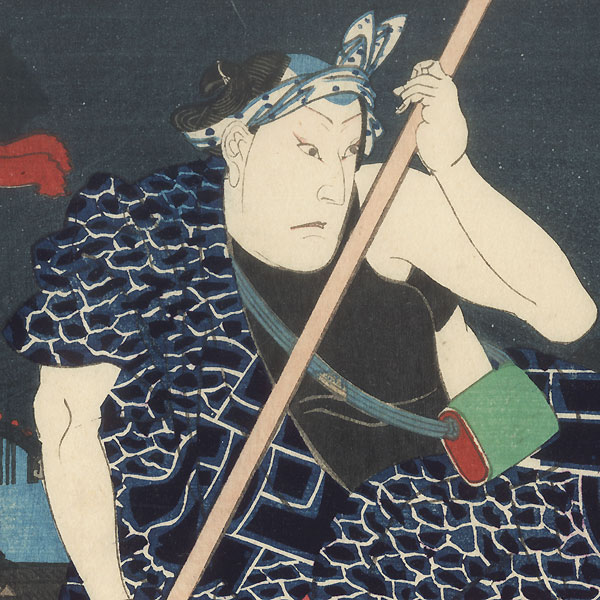 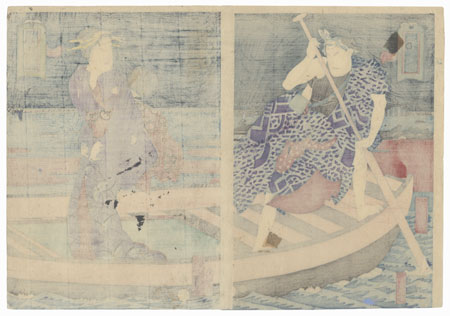