Yoshida on the Tokaido Road 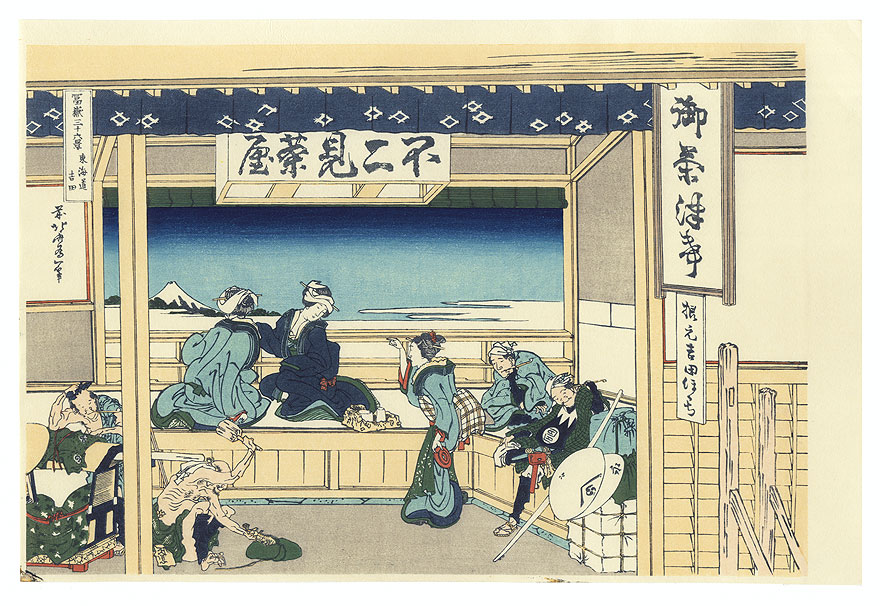 Yoshida on the Tokaido Road - Terrific illustration of the famous teahouse along the Tokaido road, the sign in the foreground proudly proclaiming "Fuji Viewing Teahouse." Visitors relax on the benches, enjoying a view of snow-capped Mt. Fuji in the distance, or smoking a pipe. At lower left, an old man repairs a straw sandal, beating it with a wooden mallet. A handsome design, nicely composed. 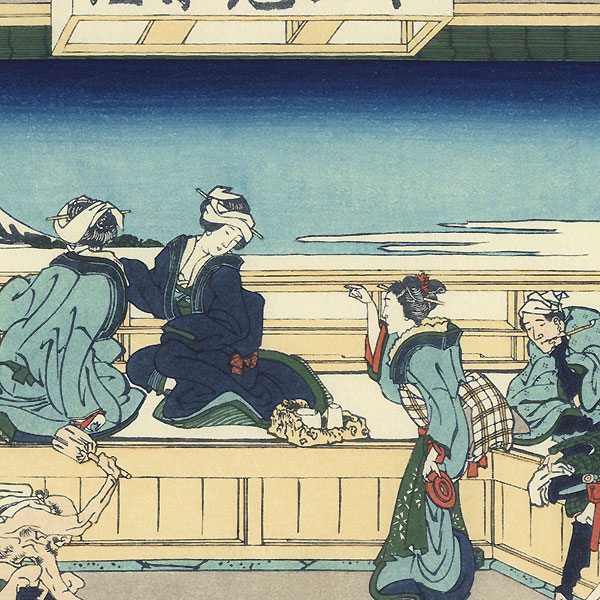 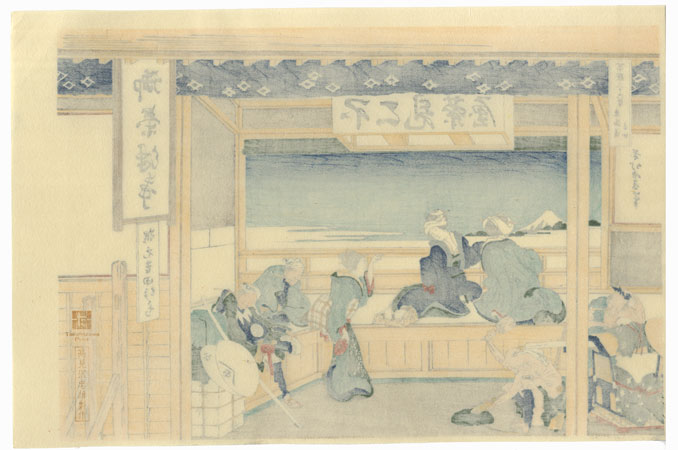