Hodogaya on the Tokaido Road 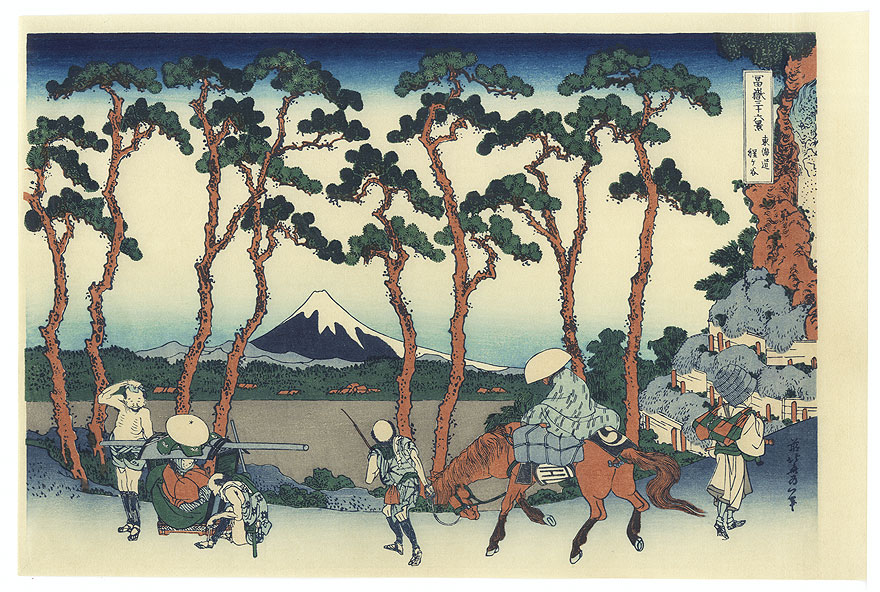 Hodogaya on the Tokaido Road - Interesting scene of travelers along the Tokaido Road near Hodogaya. At left, a palanquin bearer stops to mend his broken sandal, while behind them a groom leads a horse with a rider. A wandering priest called a komuso makes his way in the other direction. The tall pine trees frame a lovely view of Mt. Fuji in the distance. A handsome design with fine color and soft bokashi shading. 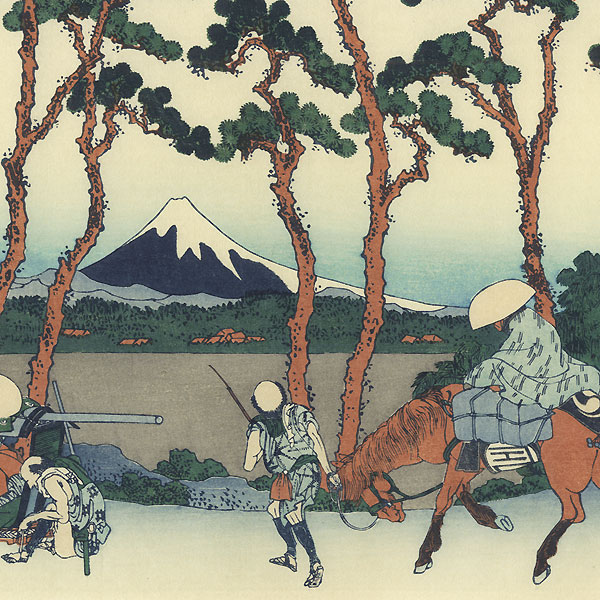 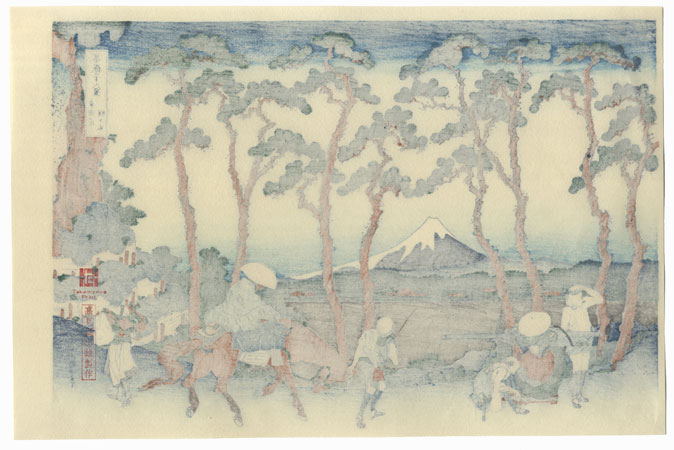