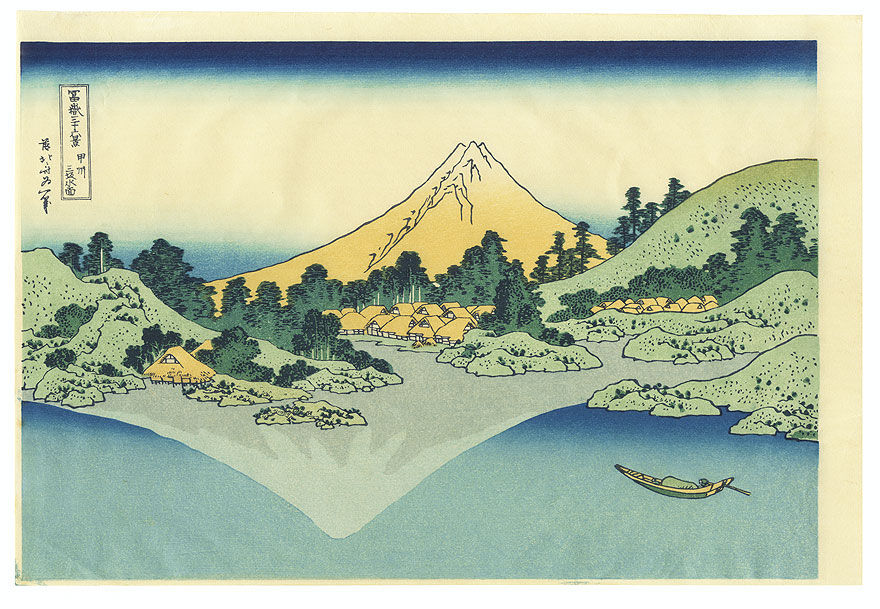 Reflection in Lake Misaka, Kai Province - Wonderful view of Fuji in Lake Misaka. An interesting design, Hokusai seems to want to show both of Fuji's faces. The barren summer peak bathed in sunlight and the reflection in the water showing snow covered Fuji, a winter condition. Excellent soft color and fine detail. 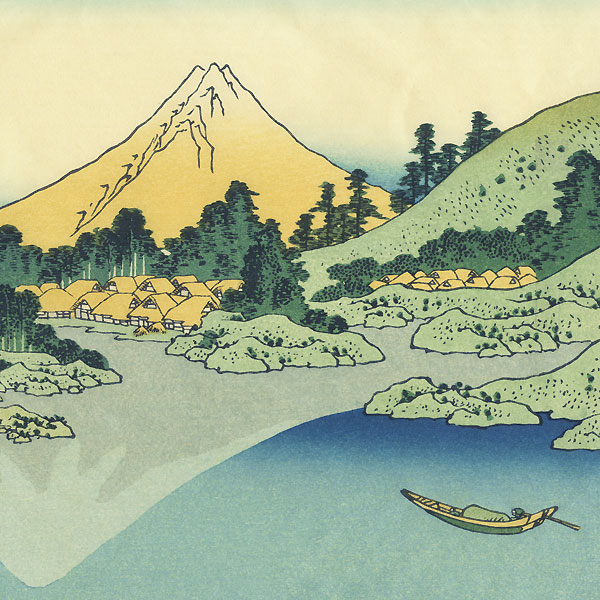 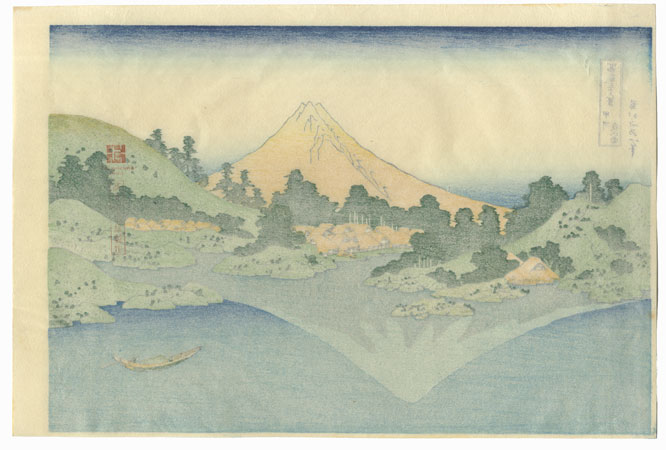