Tago Bay near Ejiri on the Tokaido Road 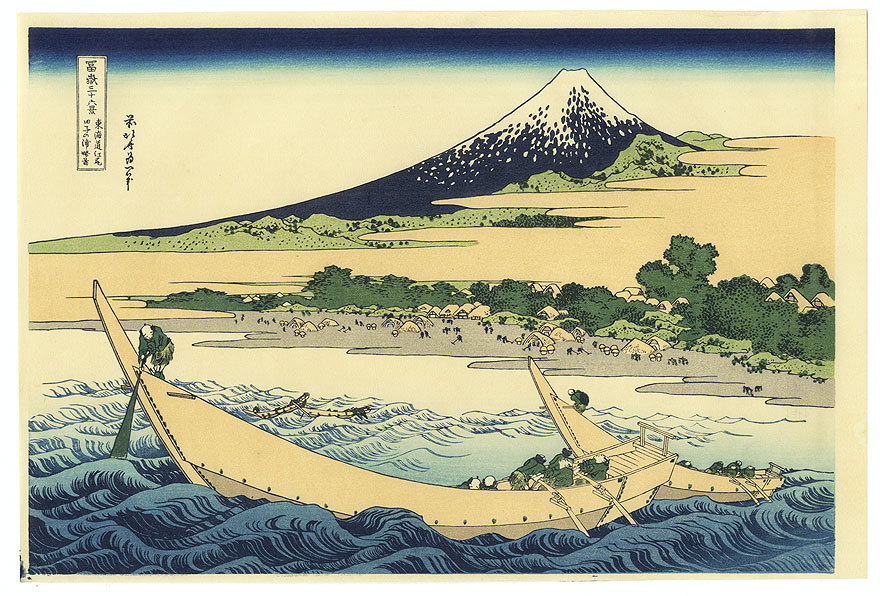 Tago Bay near Ejiri on the Tokaido Road - Handsome view of two boats moving through the choppy sea at Tago Bay near Ejiri, the rowers pulling with all their might against the undulating waves. Workers are busy on the salt flats near the water's edge, with a village nestled among the trees beyond. This location has long been known as a terrific place to view Mt. Fuji, which rises majestically above the low-lying clouds. 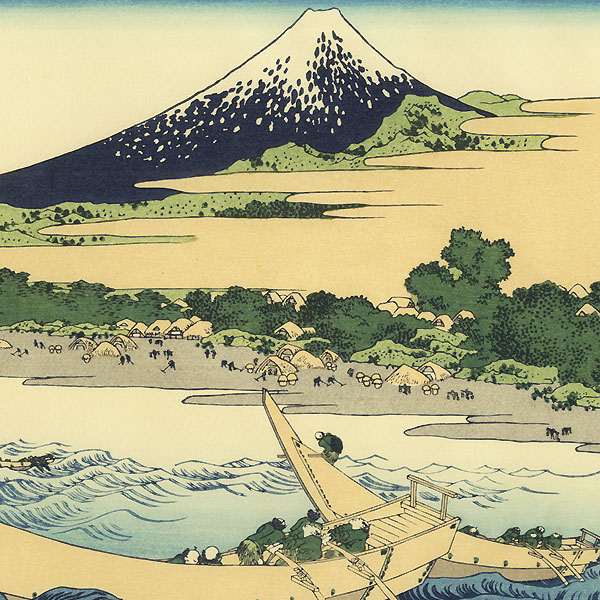 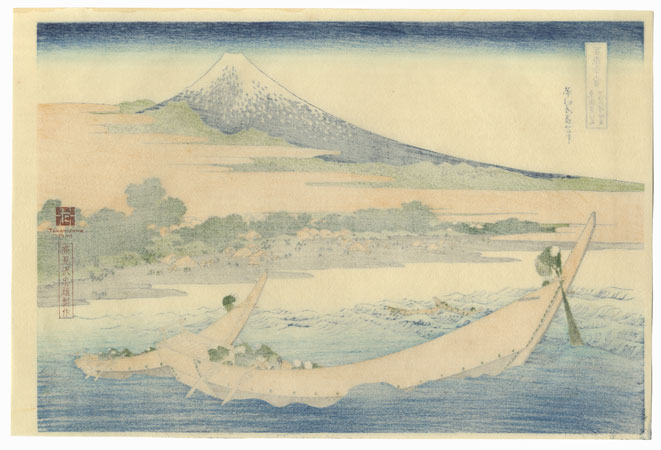