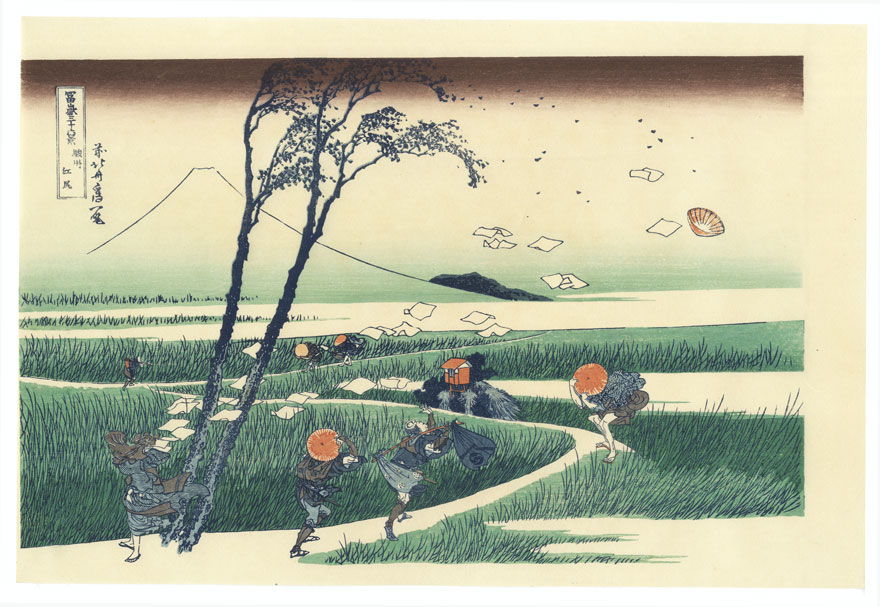 Ejiri in Suruga Province - Terrific scene of travelers surprised by a sudden gust of wind as they follow a road through a marshy area at Ejiri. In the center, one man reaches vainly into the air as his hat goes sailing up into the sky, his fellow traveler struggling to hold onto their own headgear. At left, a beauty's packet of tissues flutters off into the wind past the tall tree trunks framing a view of Mt. Fuji in the distance. 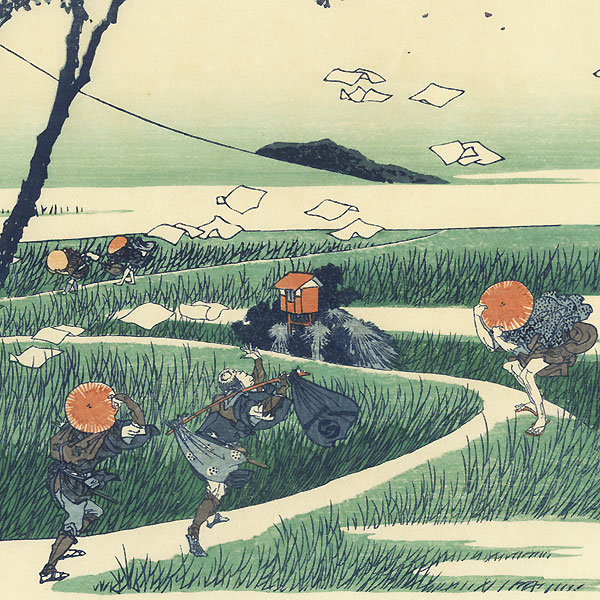 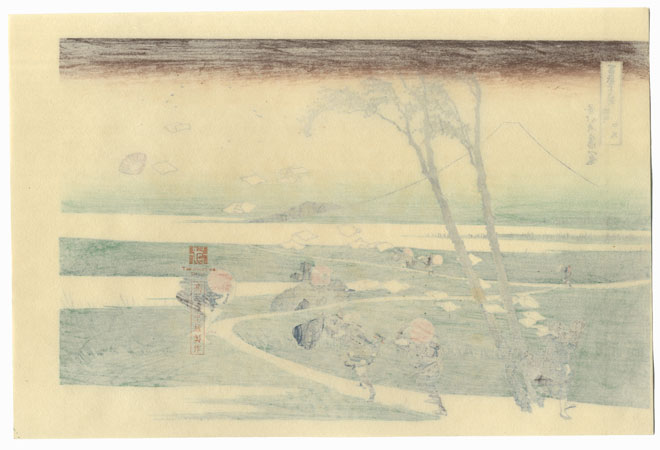