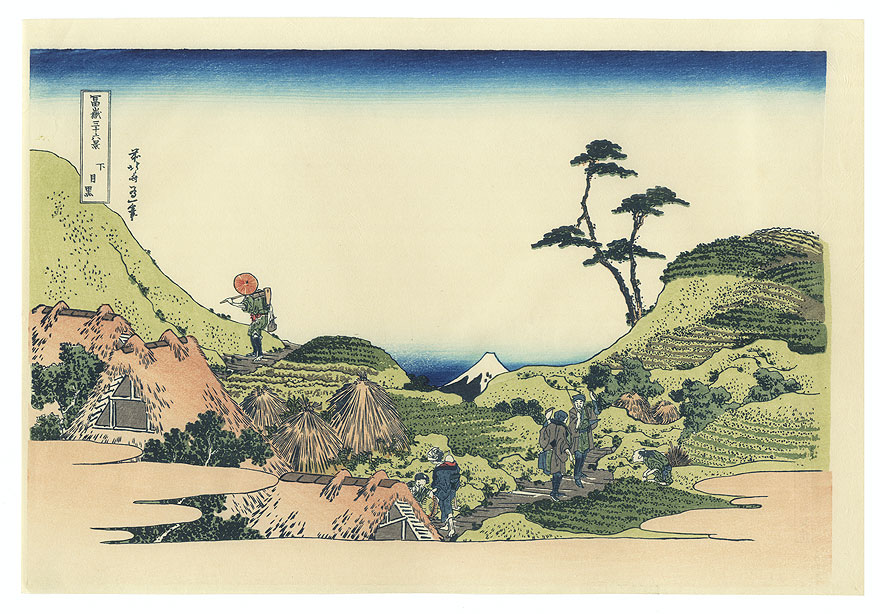 Lower Meguro - Beautiful Hokusai image of a quaint, thatch-roofed farming village, the hills surrounding terraced for cultivation. In a dip between hills, Fuji can be seen in the distance. In the foreground, two falconers stop to question a local farmer. Rich color and excellent detail. 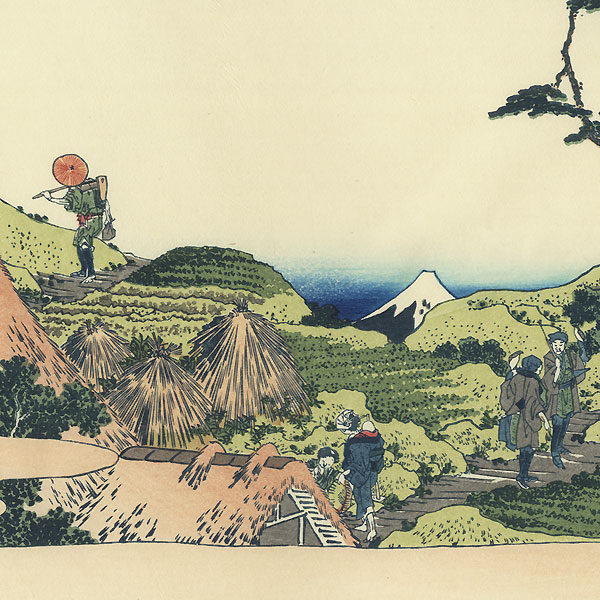 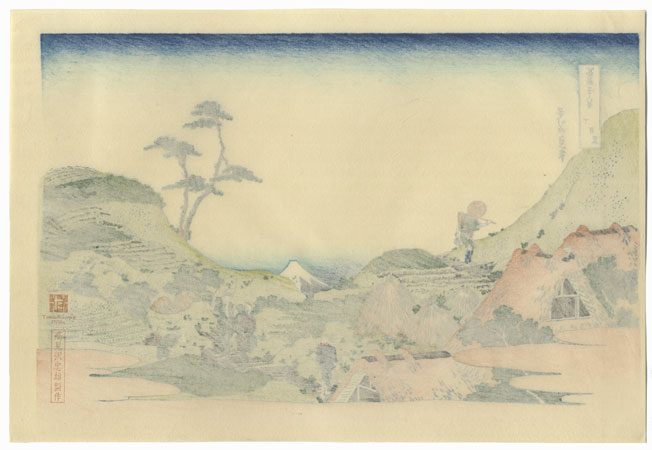