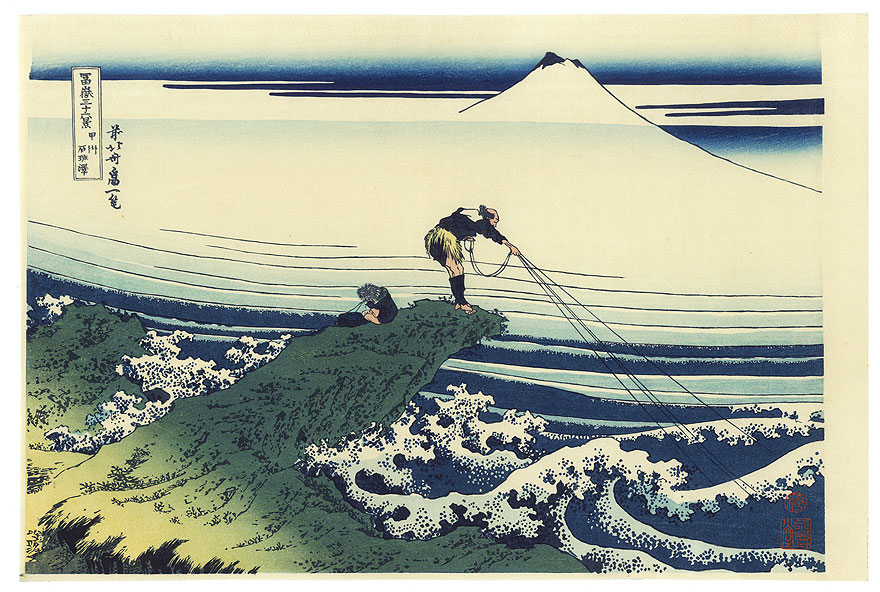 Fuji from Kajikazawa - Famous scene of a fisherman casting his net into the turbulent waters off Kajikazawa as white-capped waves crash along the rocky shore. The peak of Mt. Fuji rises above the fog, its triangular shape echoing that created by the rock and the fishing lines below. A beautiful design with a terrific composition, with lovely color and fine bokashi shading. A great choice for display. This Takamizawa Publisher reprint comes with a description in Japanese and English. 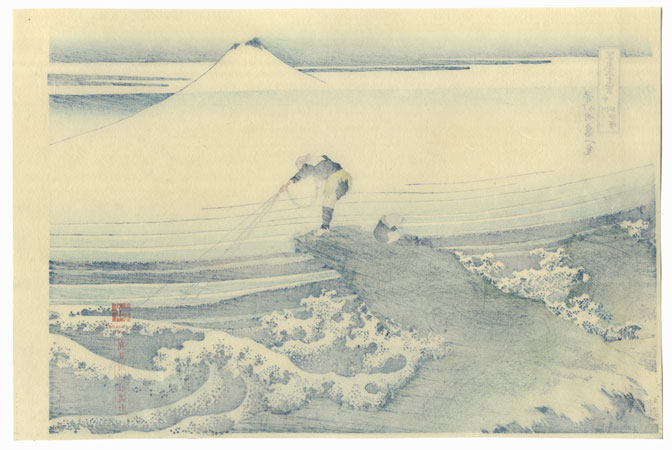