Fuji from Kanaya on the Tokaido Road 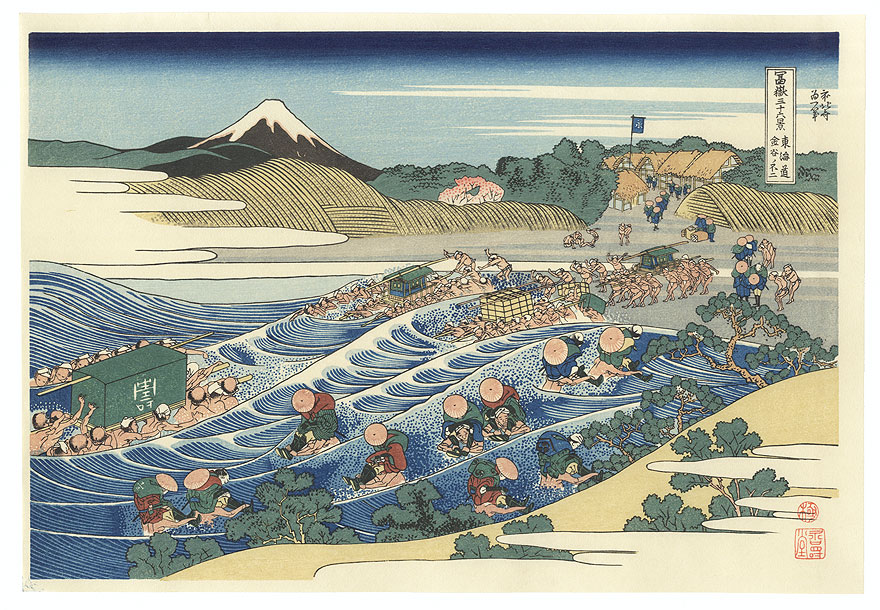 Fuji from Kanaya on the Tokaido Road - Terrific image of travelers crossing the swift current of the Oi River. Undulating waves carry the voyagers in a sweeping motion across the scene, creating a wonderful sense of movement. A marvelous composition, beautifully detailed and colored. 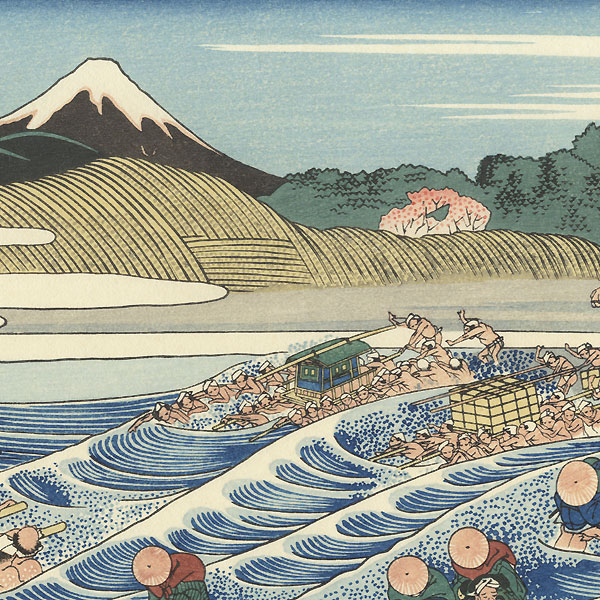 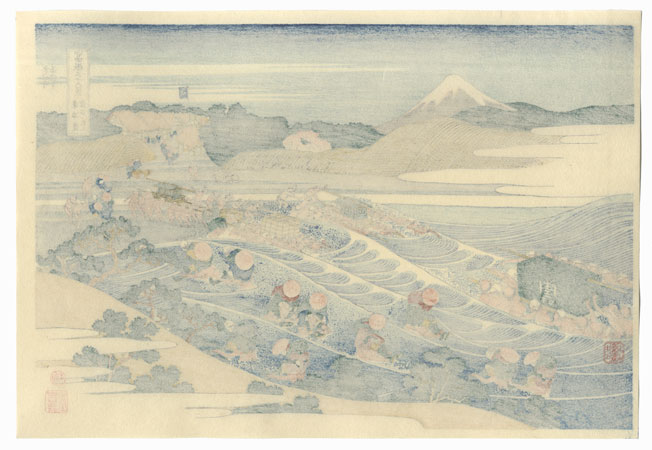