Under the Mannen Bridge at Fukagawa, Edo 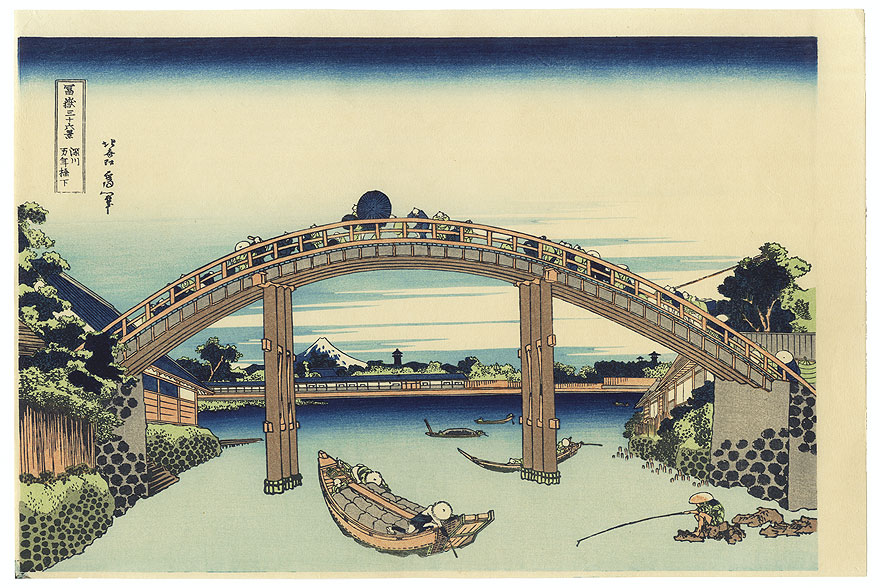 Under the Mannen Bridge at Fukagawa, Edo - Handsome view of the Mannen Bridge over the Onagigawa or Onagi River where it flows into the Sumida River. Travelers cross the arched bridge while cargo and fishing boats move along the water below. At lower right, a fisherman perches on a rock jutting up from the water. Mt. Fuji can be seen in the distance, neatly framed by the wooden pilings of the bridge. Fishermen sit below, while travelers pass across bridge. Lovely color and shading. 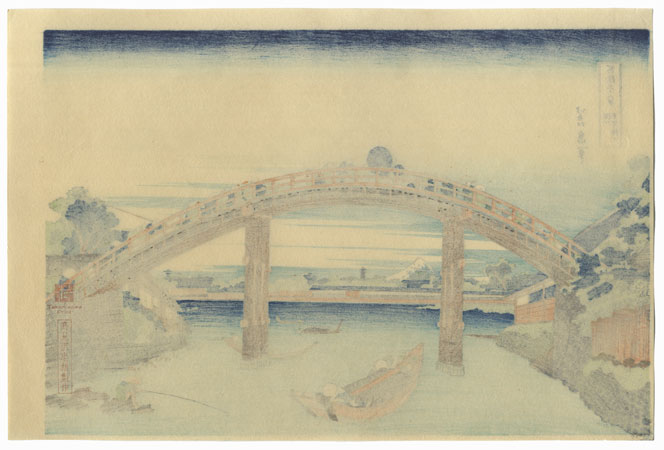