Sekiya Village on the Sumida River 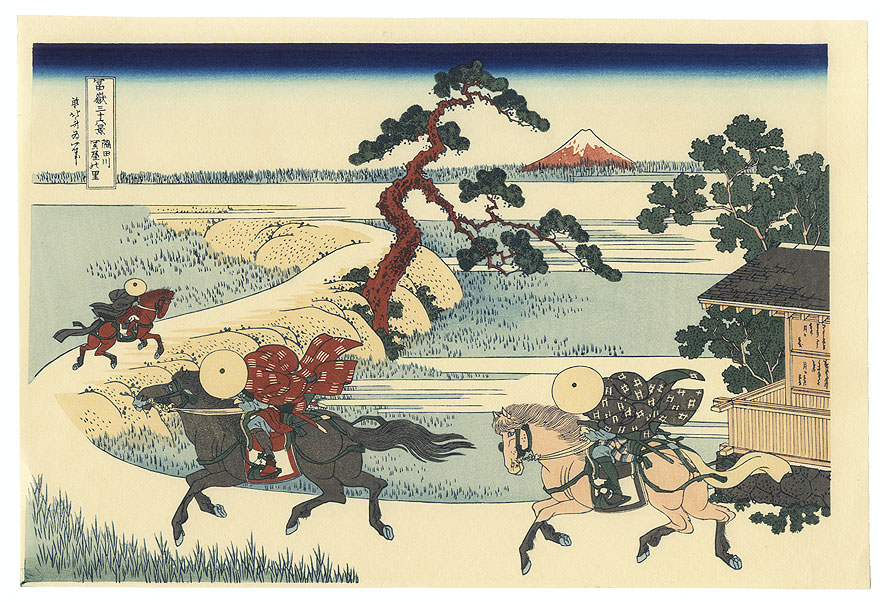 Sekiya Village on the Sumida River - Beautiful Hokusai print depicting three riders racing along a winding road through the marshy land north of the Arakawa River. Their robes flutter in the wind behind them as they lean forward, their heads hidden beneath their woven hats. A rugged pine tree frames a view of Mt. Fuji in the distance, and an official notice board anchors the scene at right. Lovely color and movement in this handsome design. 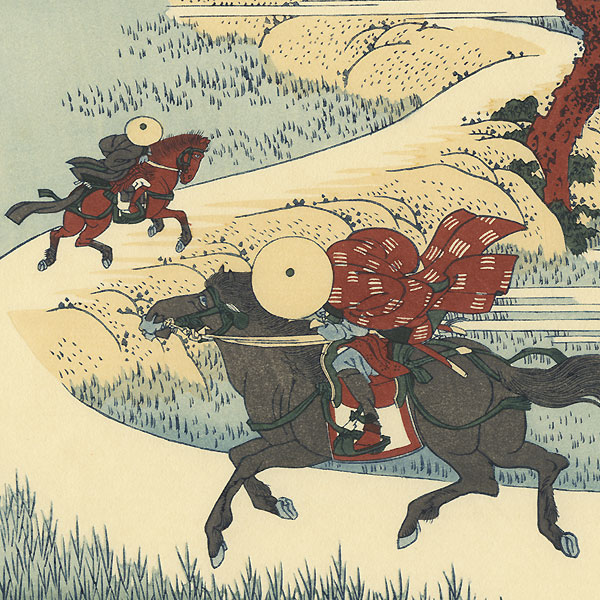 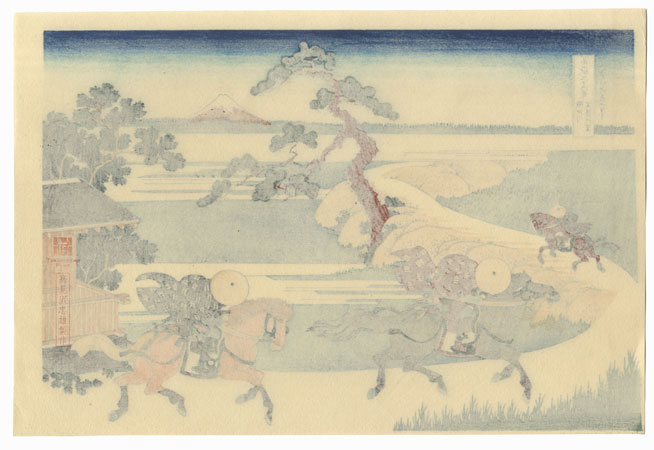