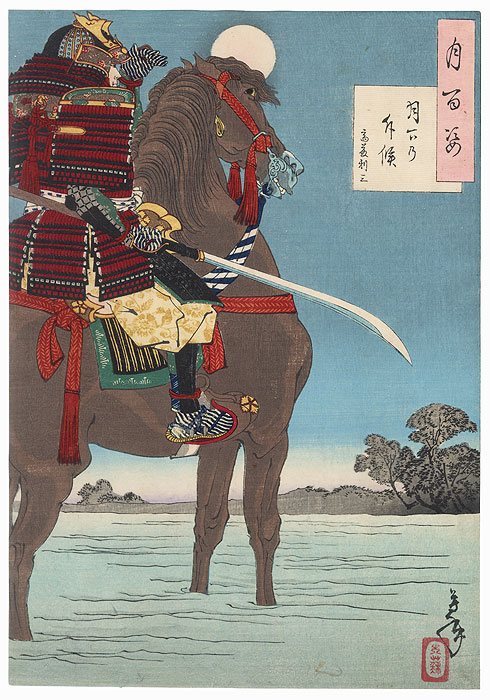 Moonlight Patrol - Fantastic scene from the Japanese civil war of the 16th century. In this print, Saito Toshimitsu, one of Akechi Mitsuhide's samurai, surveys the horizon on horseback as his mount stands in shallow water, a full moon glowing above. Toshimitsu tried to persuade the treacherous Mitsuhide not to attack their former ally Oda Nobunaga at Honnonji Temple in Kyoto, but he failed to change his lord's mind. However, as a loyal retainer of Mitsuhide, he had to take part in the attack on Nobunaga's headquarters despite his own feelings. A striking composition with an unusual low vantage point, creating a dramatic design. Beautifully colored and detailed.

Condition - This print with excellent color and detail as shown. Backed with thin paper. A couple notations on reverse. Print as shown, margins trimmed. Please see photos for details. 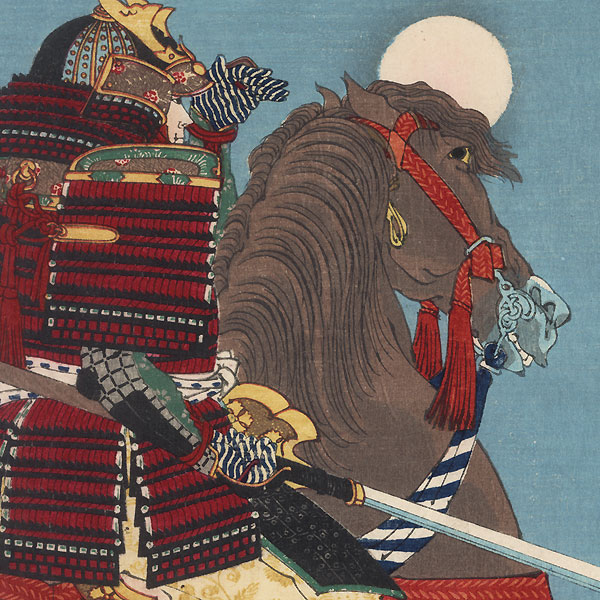 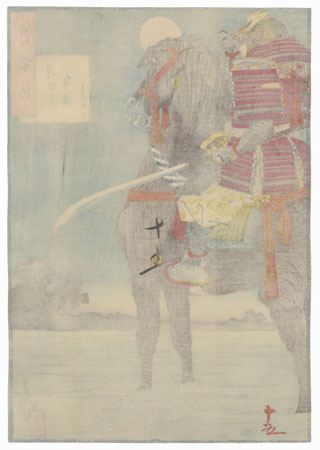