Observant: the appearance of a Kyoto waitress in the Meiji era, No. 25 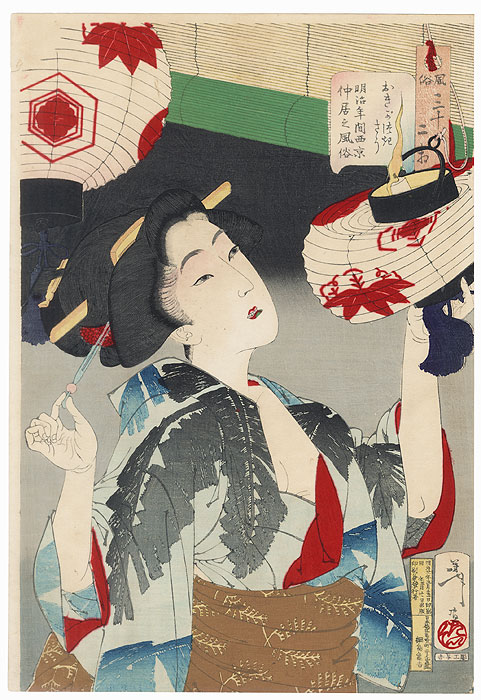 Original Yoshitoshi (1839 - 1892) Japanese Woodblock Print
Observant: the appearance of a Kyoto waitress in the Meiji era, No. 25

Observant: the appearance of a Kyoto waitress in the Meiji era, No. 25 - A wonderful summer scene in a Kyoto restaurant, the bamboo blinds rolled up to take advantage of the cool evening breeze. The young waitress has noticed an untrimmed candle wick in one of the paper lanterns, and she busily takes out a metal hairpin to adjust it. Her loosely worn summer kimono features a large palm leaf pattern, beautifully reproducing the original brushstrokes and subtle gradations of Yoshitoshi's design. Her elaborate hairstyle is very finely detailed and the sky is softly shaded with a dusting of mica. 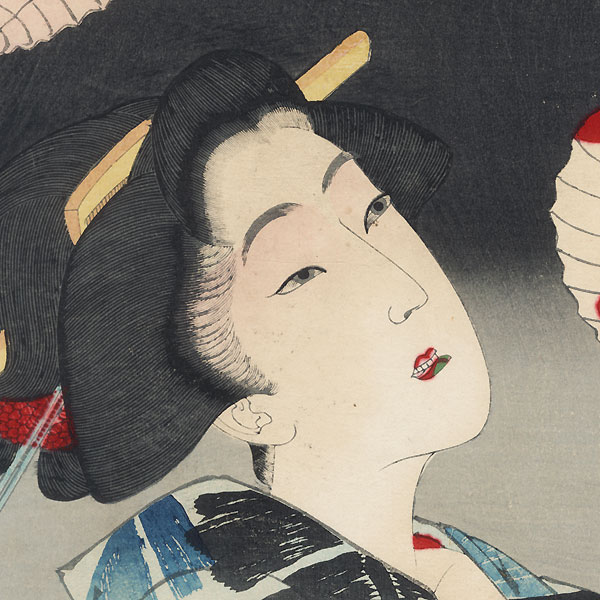 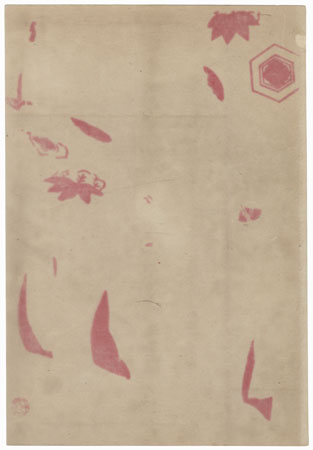