Viewing Sunset over the Ryogoku Bridge from the Ommaya Embankment 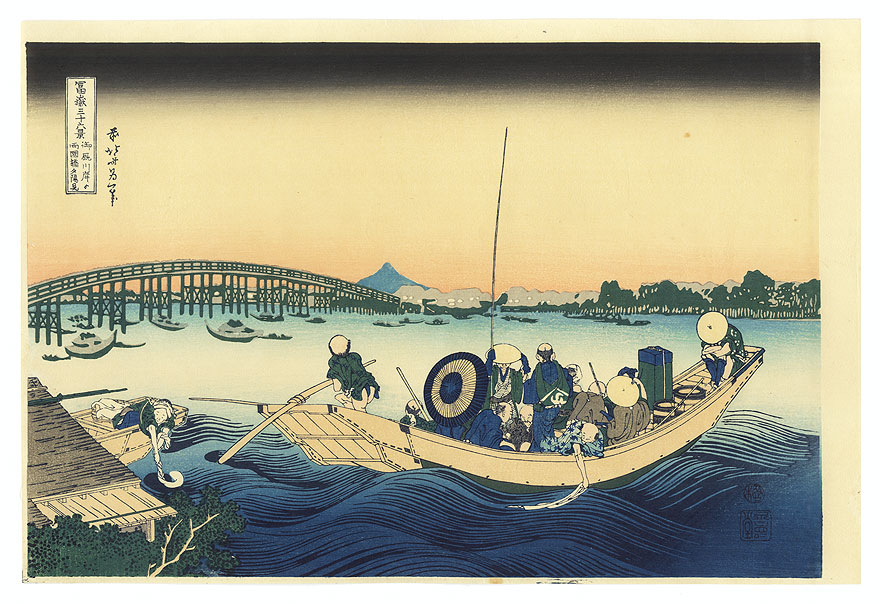 Viewing Sunset over the Ryogoku Bridge from the Ommaya Embankment - Handsome view of a ferry crowded with passengers as it leaves the Ommaya embankment. Beyond the Ryogoku Bridge, the peak of Mt. Fuji can be seen as the sun sets, flooding the sky with warm light under the evening sky. On the far shore at center, houses are silhouetted in gray, dotted with light from the glowing windows. A beautiful image with lovely color and shading. 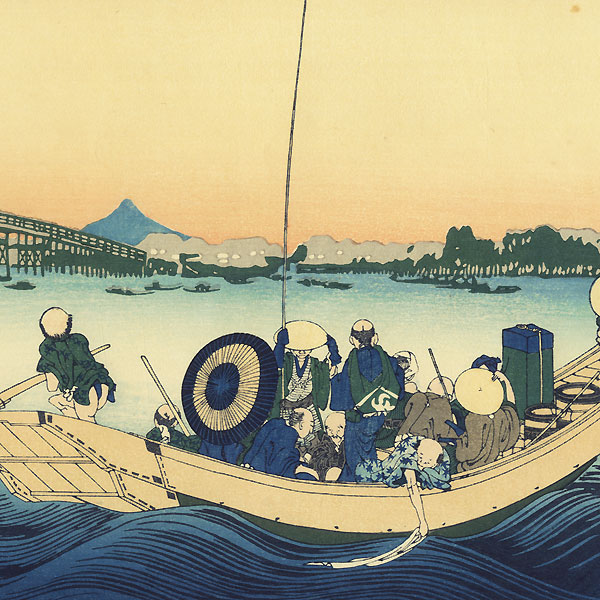 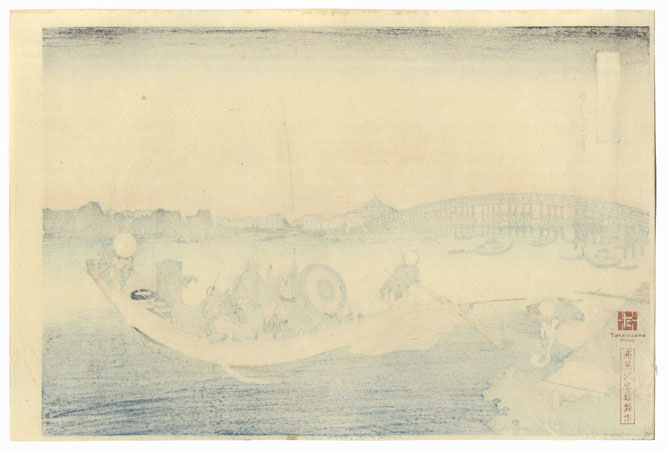