Fuji from Ushibori in Hitachi Province 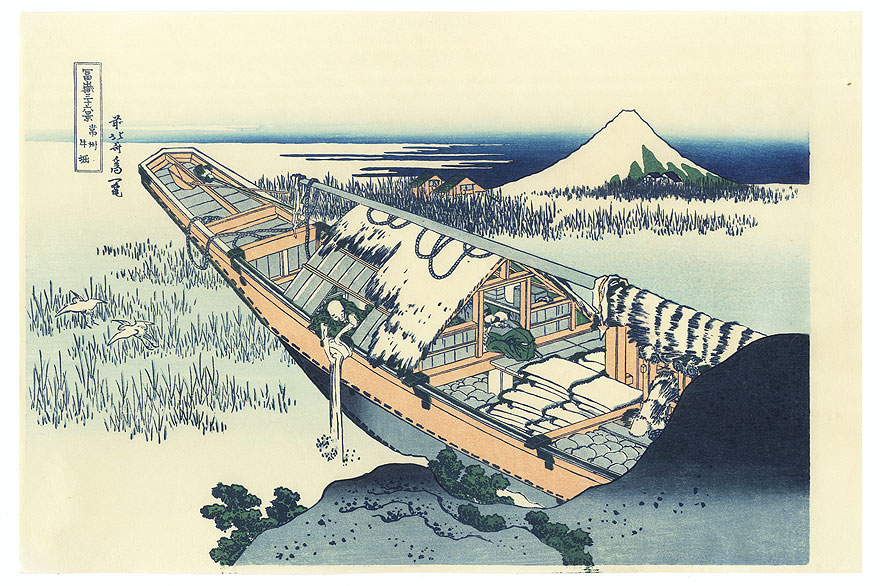 Fuji from Ushibori in Hitachi Province - Intriguing view of a large boat jutting into marshy waters. A man leaning out of a window empties a pot over the side of a ship, while another man can be seen sitting in the doorway to the cabin. The hold of the vessel is filled with carefully stacked goods, with reed matting rolled up on shelves at right. Two herons take flight above the grasses at left, the peak of Mt. Fuji rising in the distance at right. Beautiful soft color, almost monochromatic in blue with just a few touches of peach and green. A striking composition, wonderfully detailed. 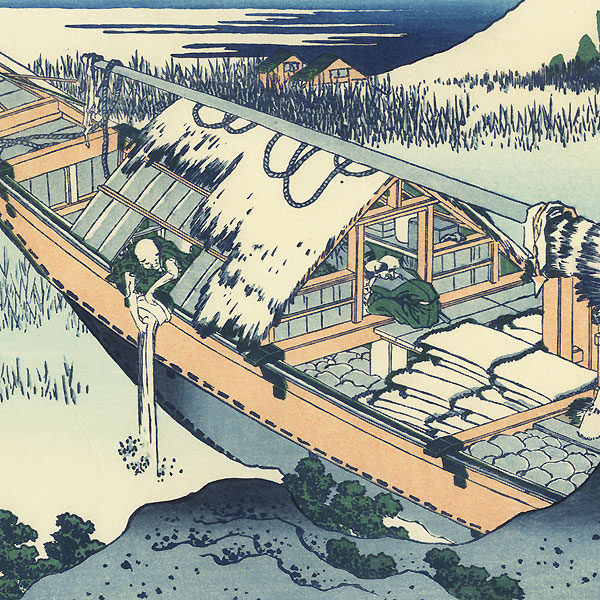